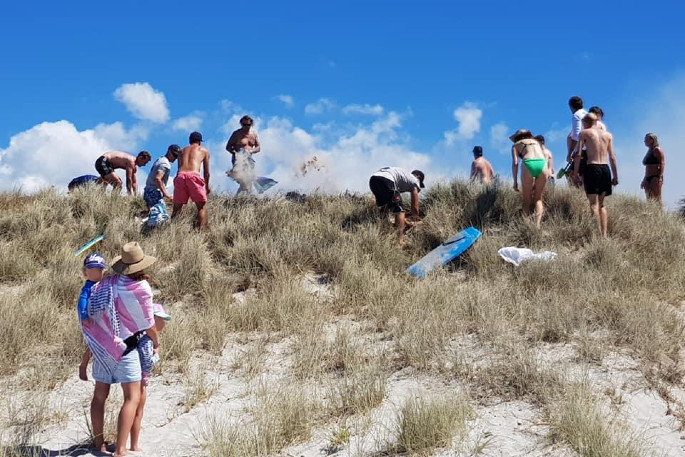 Papamoa beachgoers worked quickly to put out the fire amongst the sand dunes. Photos: Lorraine Powell.

A fire which broke out in the Papamoa sand dunes has now been extinguished.

Fire and Emergency NZ Northern shift manager Mark Richards says they received multiple calls about the fire, which was located at the northern end of Papamoa Beach Rd, near Pacific View.

“We had a call from a member of the public about 3.20pm, and about seven calls after that,” says Mark.

“The fire in the dunes was covering about 15 square metres. We sent one appliance from Mount Maunganui and the fire was quickly put out.”

Local residents and beachgoers who were at the scene worked together to damp down the fire prior to the fire crew arriving, although Mark cautions that it’s best to leave a fire until a fire crew can reach the scene.

“We have the training and know what to do."

He says there is no indication of what caused the fire. 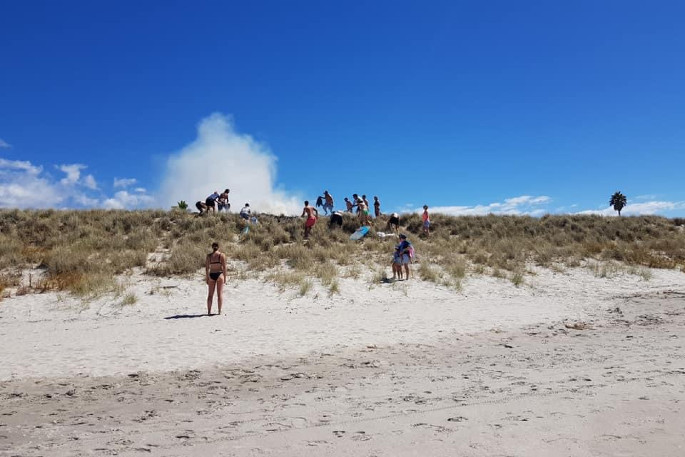 Ciggy butt or child with matches/lighter is my guess.

Not fireworks, so most likely a bit of glass ?