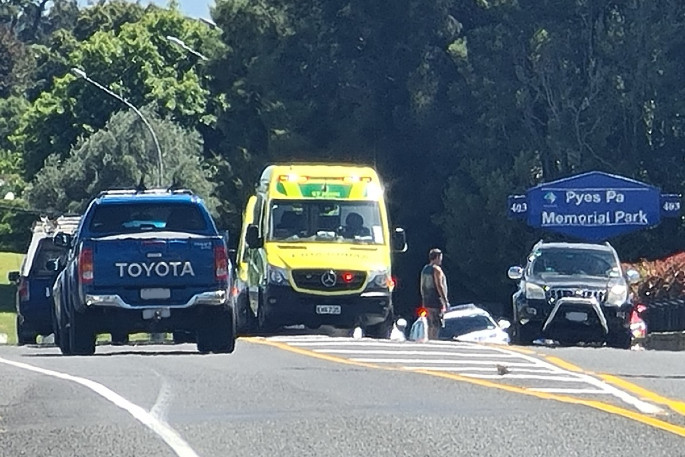 Emergency services are attending the scene of a crash between a vehicle and a pedestrian on SH36. Photo: SunLive.

A pedestrian has been seriously injured following a crash on State Highway 36 at Pyes Pa.

Police were called to the crash involving a vehicle and a pedestrian near Pyes Pa Memorial Park about 11.25am.

"One person is reported to have serious injuries," says a Police spokesperson.

Traffic management was put in place and motorists were advised to avoid the area if possible, but it is understood that the road is now clear again with traffic moving freely.