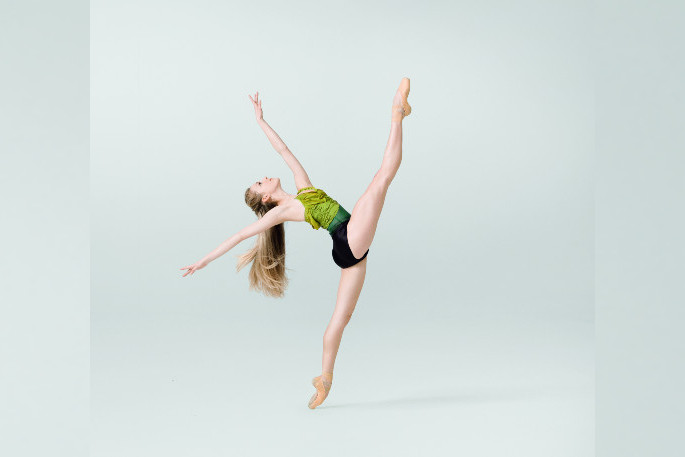 “It was always going to be ballet.”

A musing from Katherine Skelton, who has dedicated most of her life to the centuries old art form.

Katherine started dancing at age four and although she gave jazz and contemporary a try, Ballet is her passion.

“As a kid, I just loved ballet and I tried other things, but that was what I wanted to do.”

The professional dancer credits her very supportive father for helping her through the times when it felt too hard and she nearly gave up.

“He didn't want me to give up, because it was too hard. He wanted me to give it my all and see what could happen.”

As a teenager ballet became her whole life and as well as being physically demanding Katherine sacrificed trips to the movies with friends and other teenage follies to excel at her craft.

“All of those times I did want to stop, I just kept working and working and it pays off.”

Her devotion has been fruitful, because this year she has been promoted to soloist in the Royal New Zealand Ballet. 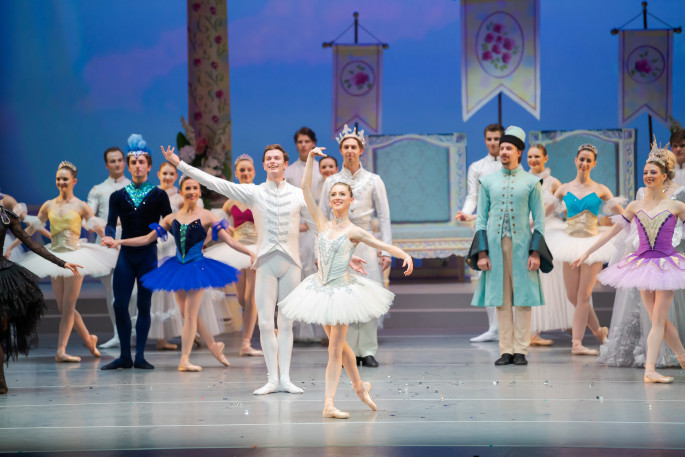 Katherine has been with the company for ten years and says the promotion is quite special because it will enable her to perform more prominent roles more often.

Her family moved from England to Tauranga when Katherine was six, she loved growing up here and fondly recalls spending downtime walking around Mauao and taking the family dog to Fergusson Park.

“Fergusson Park was a huge part of my childhood.”

Tauranga is also “much sunnier” than her current city of Wellington and she loves coming home when she can.

It was at Baycourt Community Arts Centre that Katherine met her husband Joseph, they were both 16 and competing at a Performing Arts Competitions Association of New Zealand event. 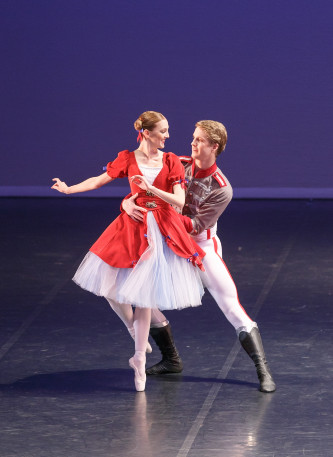 The pair got in trouble for laughing back stage and although it took a few years for them to become a couple they always knew there was something there.

Joseph did his training in England and Katherine did hers at the New Zealand School of Dance in Wellington, but they kept in touch despite the distance.

Joseph joined the Royal New Zealand Ballet in 2011 and the pair married in April 2017.

While most people are adamant they couldn’t work with their significant other, for the dancing duo they’ve always done everything together so don’t know any different, says Katherine.

“We're best friends, so we just carry on at work and at home the same.” 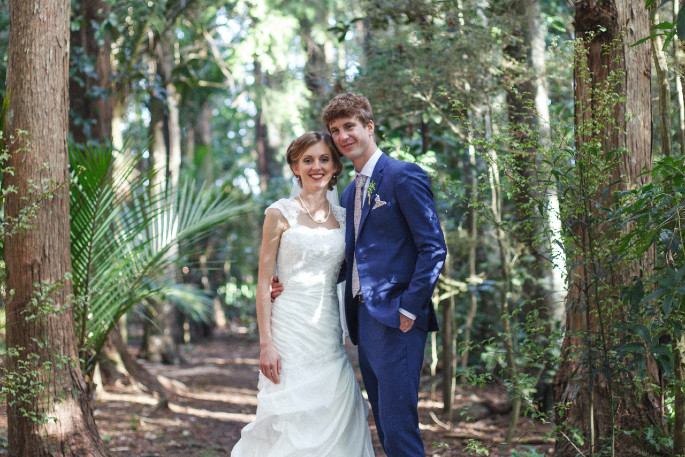 Katherine and Joseph Skelton on their wedding day.  Photo: Supplied

While this might sound monotonous, it is anything but, the 31-year-old says there are many facets to the job and the rehearsal process has different stages in preparation for each show.

“It’s always changing, so you can't really ever get bored.”

RNZB does three or four seasons a year so there is always new roles and dances to learn and it can be years before you repeat the same ballet, if ever, says Katherine.

Another pro is getting paid to stay in shape and her feet are used to the new normal of dancing en pointe.

“It's like a guitarist develops calluses on his hands, as nice as that is to think about,” she laughs, “We kind of do all that stuff to our feet”. 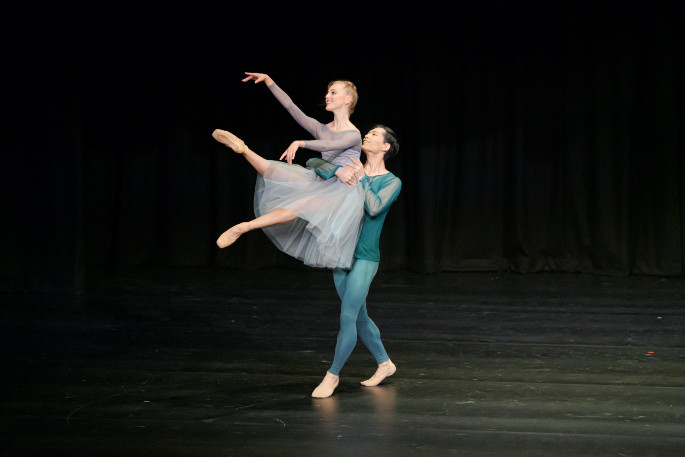 Massage and warm ups help prevent injury and care for her feet that can spend hours each day holding her body weight up on just her toes, aided by pointe shoes.

Although Katherine shunned contemporary for ballet growing up, it is now an integral part of her career but her heart still lies with classical.

“I love the tutu kind of ballet - tutus and pointe shoes, that's my jam.”

Her favourite ballet is Sleeping Beauty where she performed her dream role of Princess Aurora, it was a great way to finish 2020.

After a Christmas break in Christchurch with family, Katherine is rehearsing for Tutus on Tour, where RNZB take ballet to different theatres across the country.

Tutus on Tour will be at Baycourt on March 6.