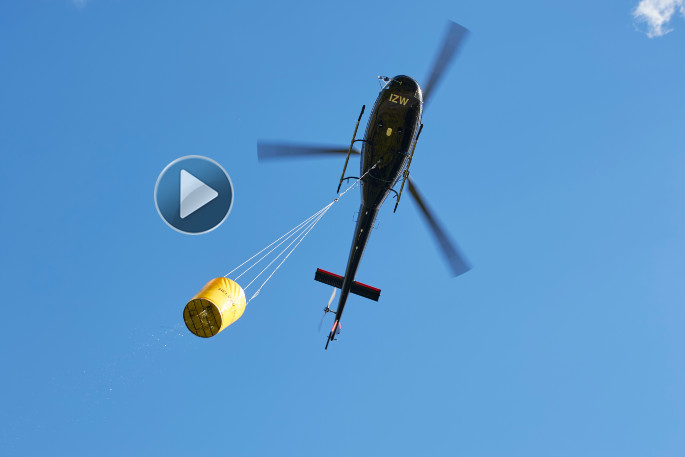 7.30pm Update: The fire that has been burning in scrub and pines in Hairini has now been contained.

Fire Emergency NZ shift manager Paul Radden says that a helicopter is still assisting the six fire crews as they continue to work on hot spots and strengthen the containment lines.

"We will have a couple of crews staying on site overnight," says Paul.

A helicopter was sent to the fire earlier after it nearly doubled in size and started burning through pine as well as scrub. The helicopter used a monsoon bucked which was refilled from the nearby Waiorohi Stream.

Fire Emergency NZ were first alerted to the fire around 3pm and at that stage it was covering an area of scrub about 100 metres by 200 metres. The fire increased in size to 200 metres by 300 metres with six fire crew including three specialist water tankers fighting it.

With assistance from the helicopter, the fire has now been contained. 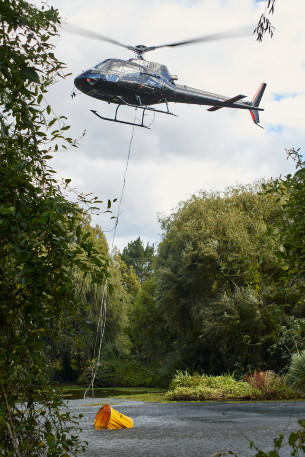 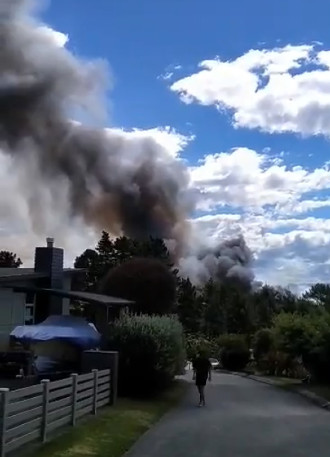 The fire was in the scrub between Hairini and Oropi. Photo: Jon Domoney 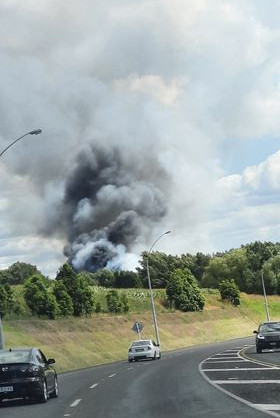 5.45pm Update: The bush fire in Hairini has nearly doubled in size over the last hour with a helicopter now joining the six fire crews as they fight to put it out.

Fire Emergency NZ shift manager Craig Dalley says the fire has increased, and is now amongst pine as well as scrub. 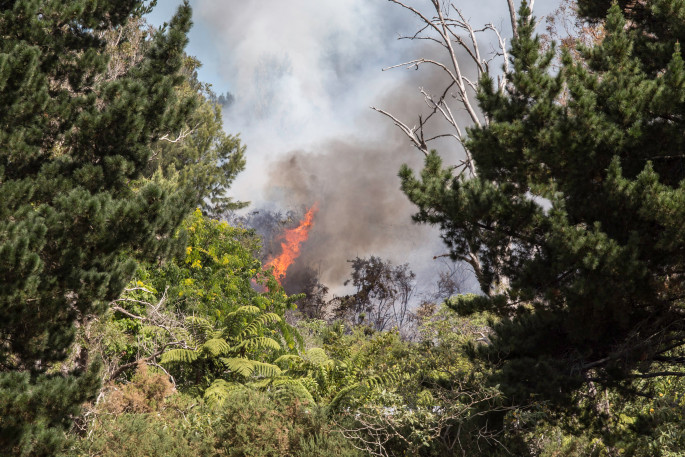 Large plumes of smoke can be seen billowing from a property at the end of Waimapu Pa Rd. Photos: Cameron Avery.

"We have one helicopter there and six crews on the ground including three water tankers.

"The fire is not under control at this stage."

The helicopter filling up a moonsoon bucket with water from the Waiorohi Stream. Photo: Dale Hobson. 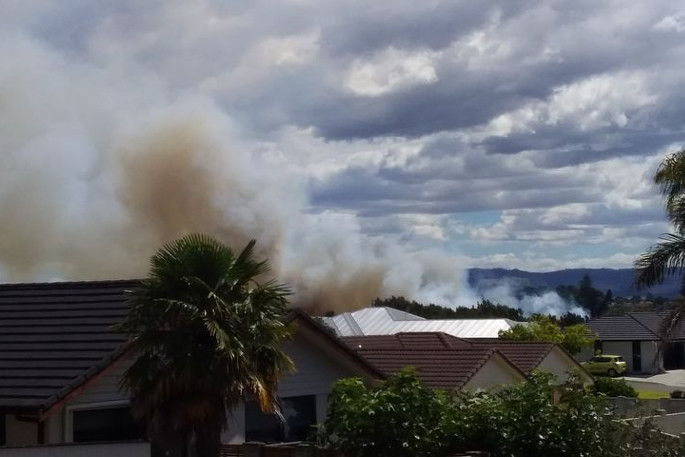 The fire, burning through scrub and pine trees near Oropi this afternoon. Photo: Grant Harrison. 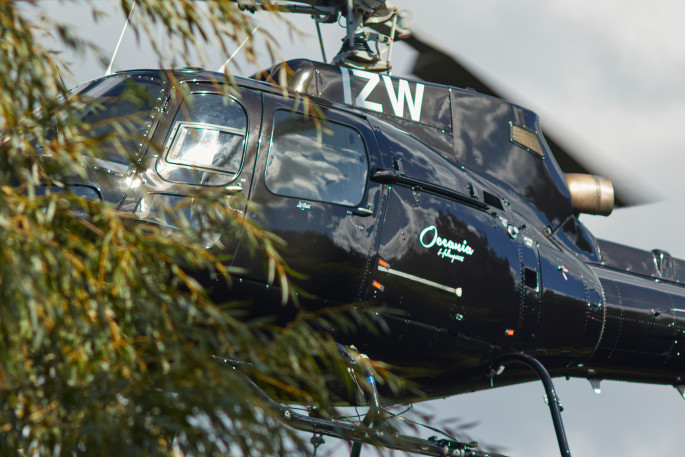 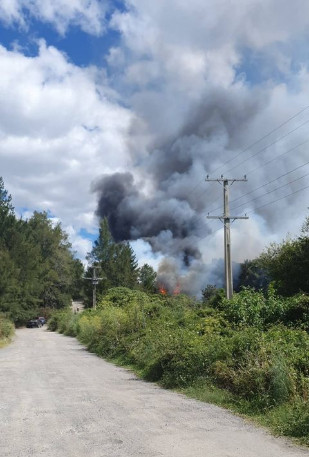 The fire at the end of Waimapu Pa Rd. Photo: Luke Dugmore.

Tauranga resident Lee Cooper could see the helicopter on its way to deliver water from her vantage point on Oropi Rd.

"We are near the petrol station in Oropi and can see the helicopter dropping water onto the fire."

The fire could also be seen from across the Tauranga harbour. SunLive readers David Thompson-Dawson and Ang Berryman both reported they could see it from Pilot Bay.

FENZ received a call about the fire just after 3pm and at that stage it was covering an area of scrub about 100 metres by 200 metres. 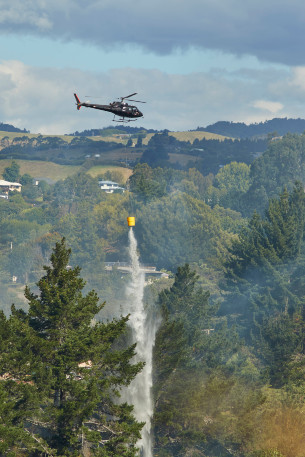 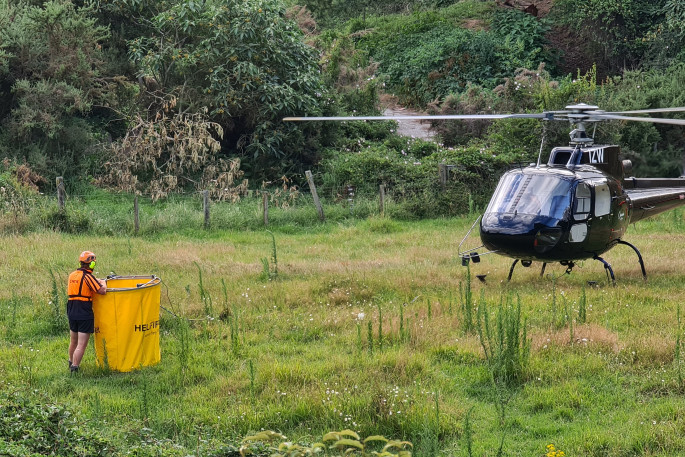 The moonson bucket full with water ready to be taken by the helicopter to the fire. Photo: SunLive 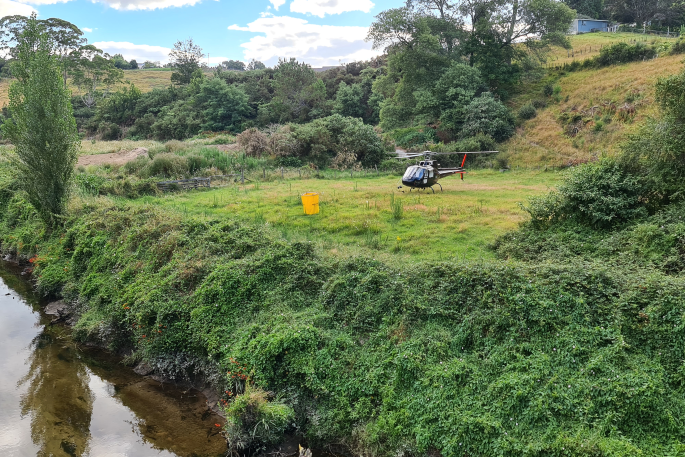 The moonson bucket full with water from the Waiorohi Stream ready to be taken by the helicopter to the fire. Photo: SunLive 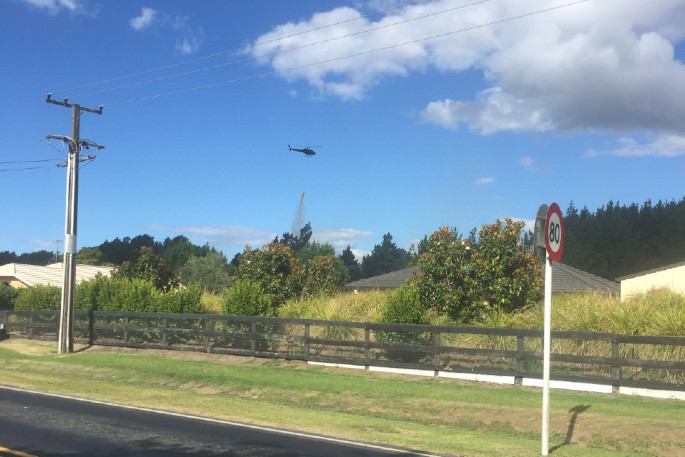 The helicopter releasing water onto the fire, as seen from Oropi Rd. Photo: Lee Cooper. 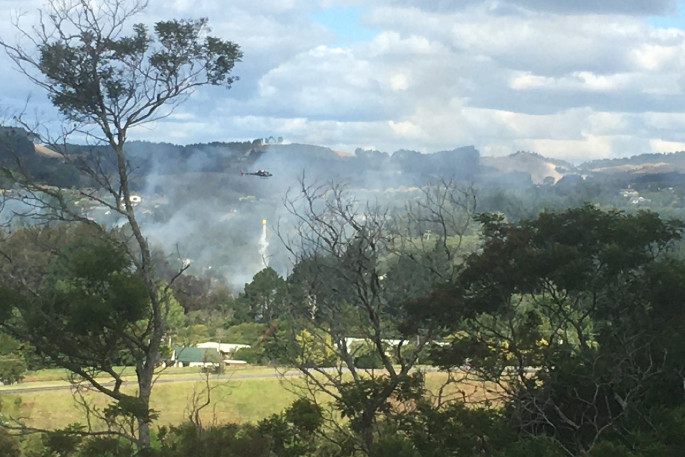 “It’s a second alarm level for us which means we’ve got six fire crews there. That includes three specialist water tankers, as water to the site was the problem.

“There are no injuries and the fire isn’t close to any houses. There are no structures involved just scrub.” 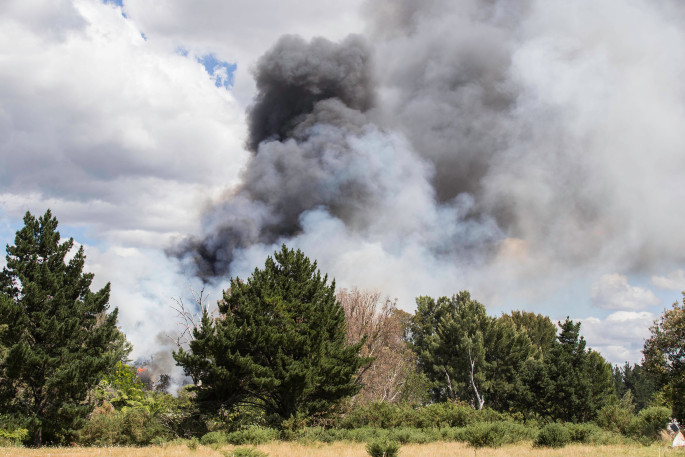 Earlier, 3.30pm: A large bush fire has taken hold on a property in Hairini.

Large plumes of smoke are billowing up from the bush at the end of Waimapu Pa Rd.

A SunLive reporter at the scene says the fire is in very dense bush.

"There are a lot of flames. And it's burning rapidly through it."

There are four fire trucks at the scene, with the fire accessed by fire emergency services from down a long driveway.

A caller into SunLive reports they have seen a helicopter heading in the direction of the fire.

The smoke can be seen from Greerton through to Welcome Bay.

SunLive will update this as more information becomes available. 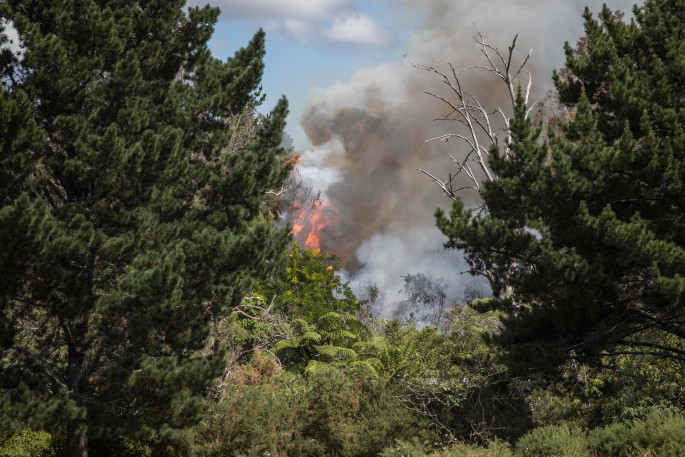 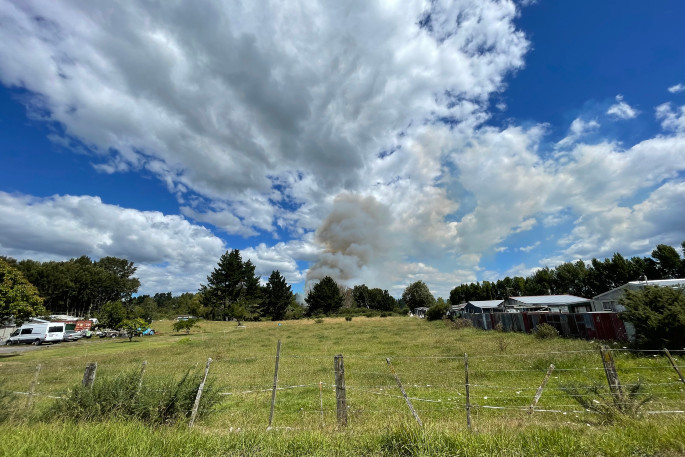 The fire is in dense bush on a property on Waimapu Pa Rd. Photo: Cameron Avery 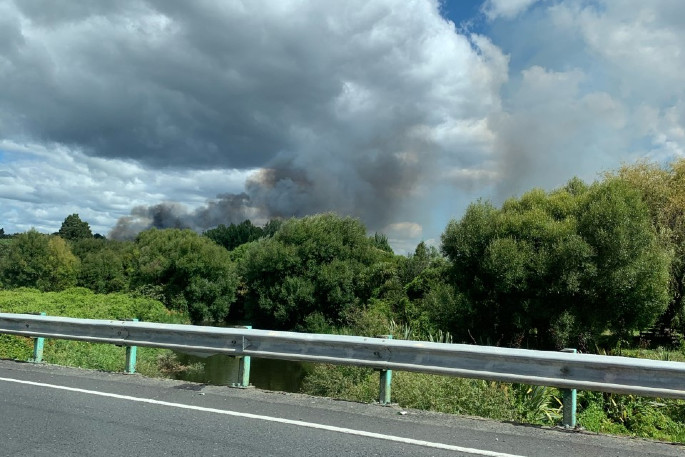 The fire from State Highway 29A. Photo: Anne Freeman