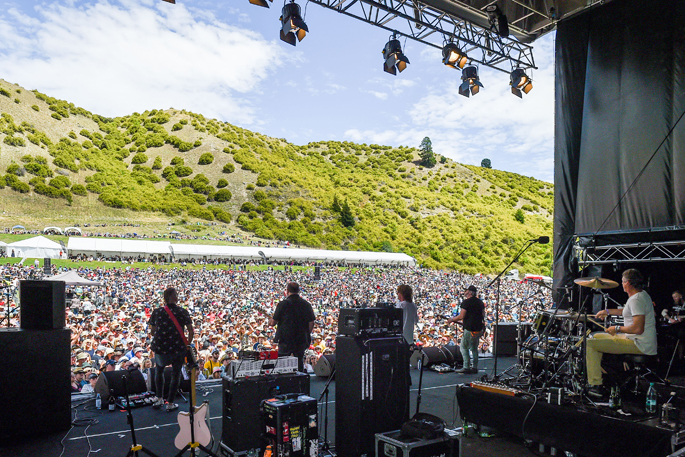 At the last event police were concerned by some of the behaviour in boats anchored in the Waikato River mouth, says a statement from police.

This section of the Waikato River is known to be an unpredictable waterway and all agencies would like to ensure the safety of those who listen to the concert in this area.

Taupo Harbour Master Heath Cairns says the area from the two channel markers (red pole and green pole) at the Waikato River mouth, all the way to the control gate, is a restricted anchorage.

“This means boats are not allowed to anchor to the riverbed, waterway or foreshore unless in an emergency or under the Harbour Master’s direction or approval.

“Doing so without permission can result in a $200 instant fine,” he says.

In order to ensure the safety of everyone enjoying the Summer Concert police encourage boat owners to contact the Harbour Master to seek approval to be in this area.

Those without permission will be instructed to leave and risk being issued an instant fine.

“There have already been too many tragedies in our waters this summer.

“We would also like to take this opportunity to remind those attending to ensure they have a suitable way of getting home.”

Police will have a large presence at this event with a focus on drink-driving, says the statement.