New walk and run series coming to the BOP 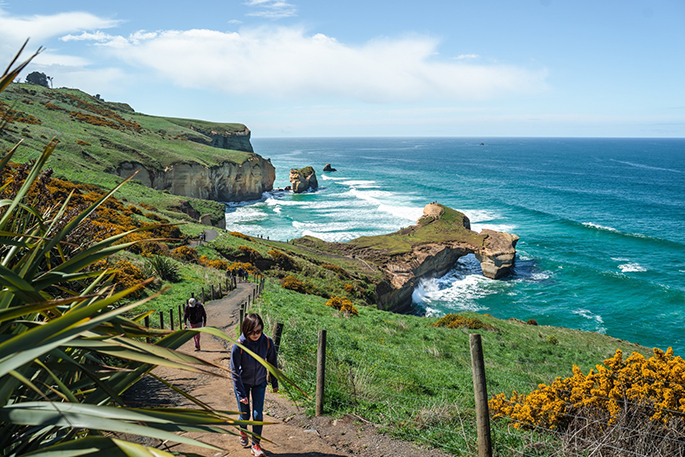 A new walk and run series is making its way to the Bay of Plenty in May.

The launch of the 2021 Aramex Kiwi Walk & Run Series is being described as the perfect way to achieve New Year resolutions of exercise & exploration, with seven events set to take place in some of the country’s most scenic spots.

From forest treks to river trails, the Aramex Kiwi Walk & Run Series allows people of any athletic ability to walk or run in stunning settings throughout New Zealand from March to May.

The series is being launched by SMC Events, and was developed during the lockdowns of 2020.

“We wanted an event series that allowed kiwis, young and old to come together and discover our beautiful country," says Lauren Watson.

Watson describes the seven events in the series as – “a real mix of landscapes. From the Alpine tracks of Queenstown, to the stunning coastlines in Auckland, and even ferry Crossings in the Bay of Islands event. Each track is different, where participants will get a unique glimpse of NZ".

The series allows people of all ages and athletic ability to get involved.

Watson says the Aramex Kiwi Walk & Run Series is designed to cater for people of all levels of fitness.

"We have two tracks per event, with different distances and gradients, and both walking and running options. We want the young, old, fit, people new to events, and families to get involved.”

The new nationwide series also required the support of sponsors and backers to make it happen.

The series is able to be launched following the commitment of Aramex New Zealand to be naming rights sponsors.

“At a challenging time like this, we couldn’t have got the series over the line without their generous support.

"They have been incredible to work with, and are as equally excited as we are."

Aramex New Zealand is a nationwide business, with 300 courier franchisees from Kaitaia to Bluff.

“Sponsoring the 2021 Kiwi Walk & Run Series is our way of supporting regional tourism growth and encouraging communities to band together in a healthy and sustainable way," says Scott Jenyns, Aramex New Zealand CEO.

"Aramex has a proud history of fundraising and sponsorship for community initiatives, so we are really excited about getting behind this great new concept."