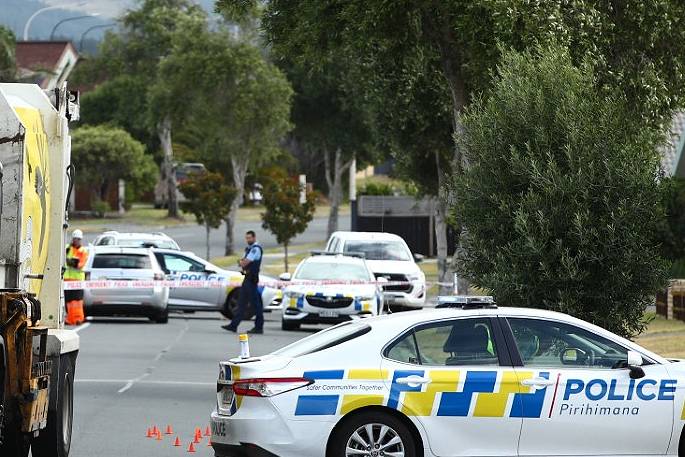 The scene of the crash. Photo: SunLive.

Police have named the teenager who died following a crash between a cyclist and a truck on Sandhurst Drive in Papamoa.

He was 14-year-old Hugo Shaw, of Cambridge.

Emergency services were called to the incident at 2.52pm on Tuesday, January 19.

The road was closed for several hours yesterday to allow the serious crash unit time to examine the scene.

"Police would like to express its sympathy and condolences to his family at this time," says a police spokesperson.