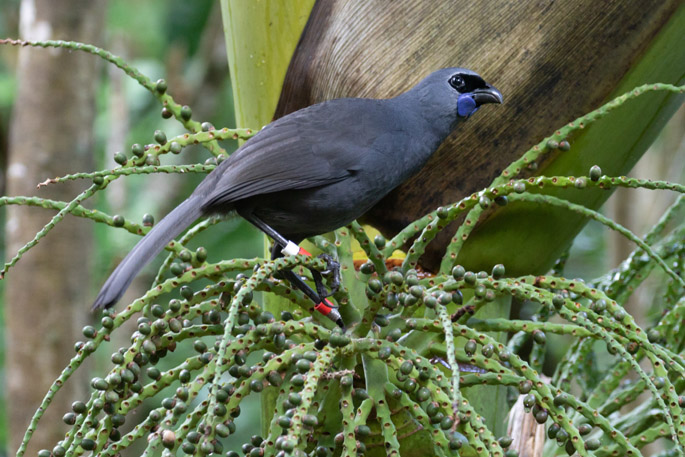 $1 from every can of Native Hard Sparkling sold at music festival Sounds Like Summer will be donated to help support Kokako. Photo: Derek Tearne.

Some of New Zealand's most endangered birds are set to benefit from a music festival which will see thousands of dollars raised to help protect kokako on Tiritiri Matangi Island.

Previously widespread throughout New Zealand, kokako populations have been decimated by introduced predators; including possums, stoats, cats and rats - with less than 1600 of the birds remaining.

There are currently 20-30 kokako on the island including middle-aged breeding pair Noël and his partner Rehu.

One dollar from every can of Native Hard Sparkling sold at music festival Sounds Like Summer will be donated to help support the care and protection of this pair.

Noël and Rehu have successfully fledged 10 chicks and the new funds will be used to monitor their breeding, help locate nests and determine significant dates as well as recording outcomes for the duo’s offspring.

Spokesperson for Native, Brooke Hobson says the company supports a number of conservation efforts and has committed $500,000 to 100 individual native species over the next few years.

The business was founded with her brothers Matt and Guy and friend Luke McBride as a social enterprise.

“We grew up on a sheep and beef farm and so our parents instilled in us the importance of conservation and looking after the land.

“We saw that there was a gap in the market between people who appreciated the environment but didn’t necessarily donate so we have helped bridge that gap by creating a pathway for them to support, she says.

Festival organiser Jade Atkinson says up to 3,000 people are expected to attend the event which is an opportunity for music lovers to get together and also do their bit for the environment.

“We were actually approached by a number of companies wanting to partner for the festival but we chose Native because of their commitment to New Zealand wildlife.

“They have a point of difference which aligns with our core values as a festival; sustainability, environment, reducing, reusing and recycling. This is a partnership we hope to grow and expand on in future years and support financially,” says Jade.