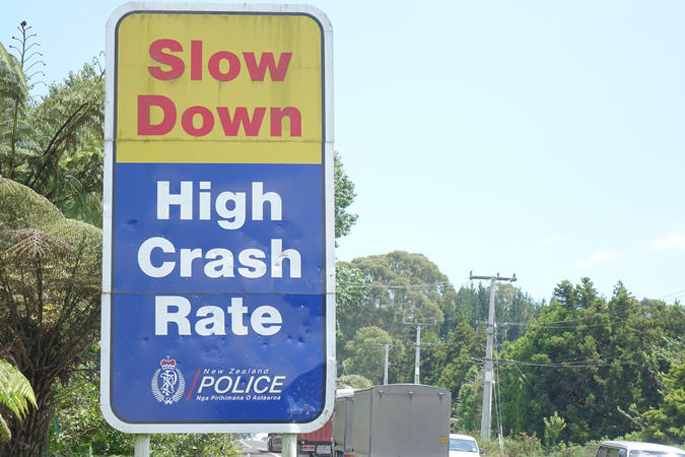 It's been a summer of change for drivers, with some state highways across Aotearoa having had their speed limit recently reduced.

It's all part of the New Zealand Transport Agency - Waka Kotahi's Road to Zero vision - the aspiration that no-one is killed or seriously injured in road crashes.

There's the 30 kilometre long chunk of State Highway 2 between Katikati and Tauranga, where speed limits are now set at either 60 or 80 km/h.

One of the changes affects a section of State Highway 1, just 190 metres long, in South Canterbury's Winchester. The speed limit used to be 100km/h, but has now been halved.

But by far the longest and most substantial change to have been made by Waka Kotahi is the 110 kilometre long State Highway 6, between Blenheim and Nelson.

There, speed limits now never reach 100, and alternate mostly between 90 or 80km/h.

But the changes haven't gone unnoticed by locals.

Moana made the State Highway 6 journey four times over Christmas - and each time, was frustrated at the new limits.

"Christmas Day we must have spent quite a bit on it, and you know, the young people that were there, the 20s, 30s year-olds, they were like, 'This is not fair'... they've all got nice cars and stuff."

She says she was worried about the overall trend.

"They've done all these changes further down the road, the Kaikōura coast, which has been fixed up and made really nice.

"It's ridiculous, might as well get my horse and cart out and trot up and down the road. If our roads are not up to 100km/h, then fix them."

But Waka Kotahi says making sure speeds were safe was the quickest and most effective way to prevent deaths and serious injuries.

In a statement, an agency spokesperson says safe speed limits minimised the severity of crashes when they occurred.

"[The] Agency is currently identifying roads where reviewing speed limits could make a big difference in preventing deaths and serious injuries, and where communities are calling for change.

"Any proposal to drop speed limits is driven by the need to improve safety and reduce harm for everyone on our roads."

But road safety charity Brake NZ director Caroline Perry says many more roads needed to be looked at - and not just state highways.

"We still see at the moment a significant proportion of roads in New Zealand that have speed limits that don't match the condition of the roads.

"A lot of the more rural roads that are windy, narrow, single or dual lane, they're just too fast for the conditions of the road that we have at the moment."

She did think that was changing - and speeds were coming down, but not fast enough.

Yet they leave SH29A between Welcome Bay Roundabout and Tauriko at 100km/h when that road is just a souped-up two-lane rural track, no lights, no median barrier, roundabouts every 100 metres or so, tight curves and hills.

Roadwork signs are also causing speeding. There’s been long stretches of roadworks where absolutely nothing is happening and/or they gave left the site for their weekend (and probably well deserved) but left 30kmh speed signs out without reason. Nobody working, road is great but we have to slow to 30kmh or risk the speeding ticket. This unnecessary ’laziness’ causes huge unnecessary impatience.

Stop your complaining you guys put Ardern back in power so what do you expect.

WBOP Mayor said it was Drunk and Drugged speeding drivers causing the problems you will never stop them does not matter what the legal speed is. Daizy

Why don’t you print the real story behind this? The Labour-led coalition govt cancelled major upgrades along these stretches of roads as part of the Greens war on cars in the last term. This included the Tauranga Northern Link. Although Labour has now rushed to re-instate the upgrades, three years and many lives have been lost. The only way to make them safe is to drop the speed limits to a crawl, like the Greens wanted. The leftie media has been totally silent on this.

Very well put. I totally agree with you. At the end of the day idiots are going to kill innocent people with their, as Morepork puts it, lethal weapons. There’s a 30kmh zone on Cameron Rd where they’ve pua building down and pedestrians need to walk the roadside. If you slow to 30km most vehicles if not all fly past you. Today a bus flew passed me. I won’t say what company but it was yellow. Idiots are always going to be idiots regardless of the speed limit.

so true morepork..it just frustate good drivers more and end up taking risks and chances.Until driving standards are improved,the ambulance stay parked at the bottom of the cliff.Why can some drivers drive for 50 years or more without having an accident?

Agree completely with ’Told you’ and ’Morepork’. Reducing the speed limits is just plain ridiculous. Considering the SH2 is the main North-South-North corridor. And of course, we have the muppets who insist on doing 20 below. 20 below 100 was bad enough but 20 below 80 is highly frustrating and dangerous. The Police need to stamp slow driving out and recognise it as dangerous driving - probably moreso that someone doing 10 over. Change the limits back and educate the drivers!!

The cars of today are designed to run at a reasonable speed, not 60kph or 80kph, on the open highway. It all comes down to the driver behaving sensibly and give the majority of motorists a fair go, why penalise the good drivers for the sake of a few.

...lower speed limits may cause less damage when crashes happen, the real problem is in the poor driving standards that we see every day. Crashes are not necessarily caused by speed but by stupidity, recklessness, selfishness, and lack of proper skills controlling a lethal weapon (your vehicle). The focus should be on getting people into advanced and defensive driving courses and making it affordable to do so. Maybe there could be an incentive also where people who have an unblemished driving record for 5 years get a discount (or even a free one) off their WOF every 5 years they stay clean. Driving in this country needs to be addressed. We are getting more and more drivers and they are not being properly trained. Driving is not just about starting and stopping and changing gears; people’s lives are at stake.