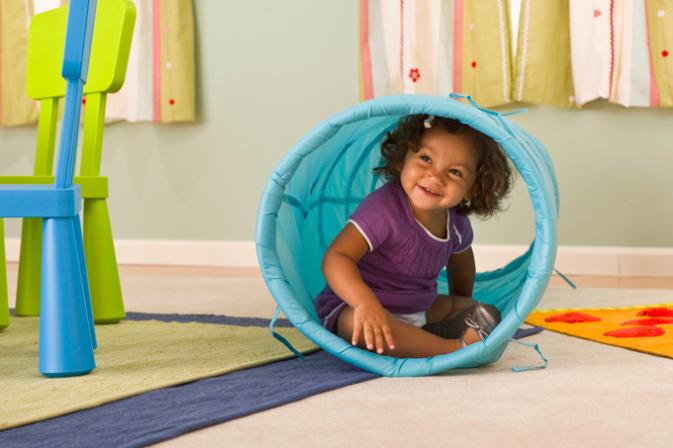 Under the new rules, foods like carrots must be grated for children aged three and under. File photo/supplied.

Parents and early childhood education centres are scrambling to come up with nutritious and easy lunch ideas as new rules come into play next week to reduce the risk of choking in children.

The rules from the Ministry of Education (MoE) take effect on January 25 and ban early childhood education centres from feeding children risky foods such as whole nuts, chips, dried fruits and sausages.

The MoE also provides instructions on how some non-banned foods should be prepared such as grating raw carrot and apple for children under three or removing strong fibres from “stringy foods” such as pineapple for children up to age 6.

However, some childhood centres, dieticians and parents are calling the change an overreach that puts even more pressure on caregivers to provide a lunch that is nutritious, avoids nuts and other allergies, fits the budget and now, adheres to the choking hazard rules.

The new rules were originally drawn up by the Ministry of Health (MoH) as guidelines and were then adopted by the MoE as requirements for centres.

“Catering to all of this can be an interesting balance,” says Rachel, a Christchurch mother of a three-year-old with an egg allergy who attends a centre three days a week.

She is one of hundreds of parents discussing the rule changes in online parenting groups this week.

Many parents expressed confusion over whether they are required to follow the rules for school lunches, what to pack in their kid’s lunch boxes and how to prepare food to the guidelines.

“If a parent who is home 24/7 is going to struggle with these rules, how about parents who are time and financially poor,” says Rachel, who is currently a stay-at-home mother.

She bakes about three times a week – taking up to a total of six hours – to ensure her son has egg-free snacks for his lunchbox.

In the past, Rachel has packed her son’s lunchbox with dried fruit such as sultanas as well as seeds, stonefruit, cucumber and capsicum.

Under the new rules, dried fruit and seeds will be banned. Sausages, cheerios and popcorn are also on the banned list.

Stone fruit must have the seeds and skin removed. How to prepare cucumber and capsicum isn’t specifically mentioned in the rules, but could potentially be cooked until “easily squashed between your thumb and forefinger” and cut into strips.

The rule change came after a 22-month-old boy choked on raw apple while at a daycare centre in 2016.

The incident left Neihana Renata severely brain-damaged and unable to walk or talk.

“The situation is tricky, and we deeply sympathise with the incident that triggered this review and keeping children safe is paramount at all times...” says Peter Reynolds, the CEO of the Early Childhood Council that represents over 1300 centres around the country, “...but we also have to be careful not to overreact.”

Reynolds says he supports the original guidelines from the MoH, but says he believes they should remain guidelines and not enforceable rules for centres to follow.

He says there is still confusion over whether centres will have to enforce the rules for parents that send their kids with a lunchbox, even confiscating banned or ill-prepared foods.

Or if the rules for centres remain guidelines or suggestions for parents packing school lunches.

Reynolds recently received an email from one centre that doesn’t provide food for its students but had been monitoring lunch boxes to see if the food would meet the new rules.

“They were astounded at [how little] would be left,” says Reynolds, of the food parents packed that either wasn’t on the banned list or was prepared correctly according to the MoH guidelines.

Jann Marshall, the acting Deputy Secretary of Sector Enablement and Support for the MoE, says centres will be required to promote the guidelines for parent-made lunches.

She says that can be as simple as distributing copies of the MoH guidelines.

Centres can also decide to create a policy where food that does not meet the guidelines could be altered by the service or an alternative provided.

Dr Julie Bhosale, a family nutrition expert, has been approached by numerous centres confused about the rules and parents who are baffled over what to feed their picky kids, calling it the “battle of the lunchbox”.

Grated carrots and apples, which MoH guidelines suggest for 3-year-olds and younger, is “very unrealistic to do in a lunchbox,” says Bhosale, because it turns brown quickly after hitting oxygen.

“We have to be really careful in public health that when we make a suggestion it has to be a real and viable suggestion."

“Parents are going to look at this and say it is too hard."

"if you legislate the thinking out of everything for everyone it’s going to be a very pathetic human race we end up with." I agree with you 100% and could not have expressed it better. In fact, we may end up with NO human race at all. (All the kids will have choked to death and all the sensitive souls will have died of broken hearts...)

A perfect example of what I’ve been banging on about for years. We let Political Correctness rob us of absolute Free Speech (Nanny says you can’t say things because someone might not like it or could be offended by it), now Nanny lays the rules for what your kids can eat. Notice how Nanny makes assumptions and caters for the Lowest Common Denominator? She assumes that people don’t know how to think or filter what they hear, (some can’t...LCD), now she assumes that parents are morons who can’t be trusted to feed their kids, (some are...LCD). Dunno ’bout you, but I don’t want a society geared to the LCD... Instead, why don’t we address the LCD and raise it? Just sayin’...

I mean it is an education facility after all, I remember well growing up as a wee lad in the early 60’s, my parents taught me to CHEW MY FOOD properly and don’t gulp it down. Simple lesson to learn. More ridiculous namby pamby rules and regulations by the nanny state.

normal local makes a really good point in that we are teaching our kids to swallow food whole and not chew it. We should also ban under 10yr olds from swimming pools and 10yr old to 15yr old should have to prove they can swim before entering the water. How did we ever get to our age without all this ridiculous stupidity. As WestieMum states, ACCIDENTS HAPPEN, welcome to life.

This is completely stupid. Why prevent children from biting into a piece of apple, or biting a grape. Why require it to be cutup into tiny pieces that you swallow whole. A guideline or recommendation would be fine. But making it a strict rule is silly. Our 2yr old is perfectly happy eating the food we give her now but won’t be interested in grated apple (thats gone brown), quartered grapes and quartered cherry tomatoes. Why not let us parents decide what is appropriate for our children.

So let’s just serve moulied food to kids. Or no food/drink at all. That’ll fix it. This is beyond ridiculous. People need to realise that ACCIDENTS HAPPEN and stop trying to finger point/blame. We are making a world where people can’t think nor make decisions for themselves or their actions. Accidents happen, and while some are tragic, that’s life, it can’t all be roses and sunshine. We LEARN by making mistakes or accidents happening - if you legislate the thinking out of everything for everyone it’s going to be a very pathetic human race we end up with.