Learning about Tauranga’s past 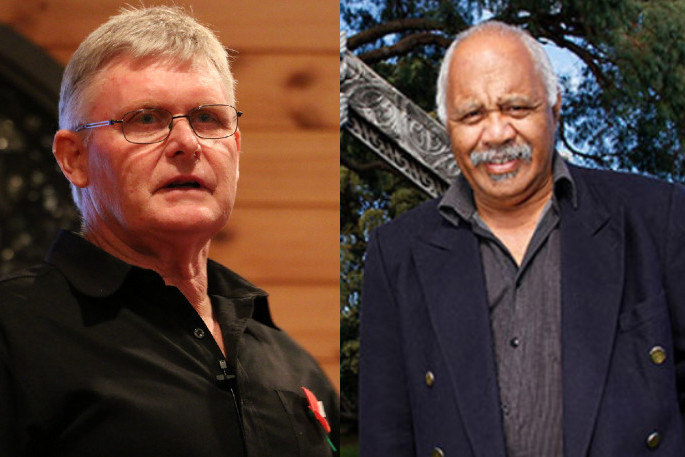 For those who have wondered about the early days of Tauranga, there are two highly informative nights planned this month.

The Battle of Pukehinahina - Gate Pā - in 1864 is one of the most significant events in the history of the city.

Historians Buddy Mikaere and Lt Col Dr Cliff Simons will explore why this battle happened, what happened during the battle, the aftermath and its importance for all of us living in Tauranga today.

Cliff will also be outlining the story of the early Christian missionaries who made Tauranga their home, and their ongoing contribution and legacy.

St. George's Anglican Church in Gate Pā sits on the site of the Battle of Pukehinahina and will be hosting the two summer lectures.

“Each year we offer free lectures to help the community understand our city's history and how it shapes our present,” the church’s vicar, Rev. John Hebenton.

“This year we are hoping to offer four lectures.”

The first lecture at 7pm on Sunday, January 24, is titled ‘The story of the early CMS missionaries in New Zealand’, and will be presented by Lt Col Dr Cliff Simons.

Cliff is a well-known historian, speaker and author who specialises in New Zealand's colonial and military history. He recently released the book ‘Soldiers, Scouts and Spies, a military history of the New Zealand Wars 1845-1864’.

“Cliff will be placing the story of the early missionaries within the historical context so that we can understand the enormous contribution they made to Aotearoa-New Zealand, for better and for worse, in the nineteenth century, and their legacy today,” says John.

The following Sunday, at 7pm on January 31, Buddy and Cliff will be presenting a lecture on ‘The Battle of Pukehinahina – Gate Pā.

Buddy is a former Director of the Waitangi Tribunal and is a consultant, author and historian. In Tauranga he represents the environmental interests of several local iwi/hapu in their interface with local councils and developers. Buddy and Cliff are the co-authors of the book: ‘Victory at Gate Pā?’

Buddy and Cliff will will offer both their up-to-date research done for their book published in October 2018, and the work they have done since for the reprint.

“St George's Church operates with the kaupapa of – ‘let everyone who enters here be reconciled’,” says John. “There will be an opportunity for questions and discussion at the end of each lecture.”

A koha – donations will be collected at the door to help cover the costs.

All lectures in the series will be held at St. Georges Anglican Church, on the corner of Cameron Rd and Church St, Gate Pā, on the hill next to the Mega Mitre 10.

No one has ever ( in 60 yrs ) asked me to be personally responsible for crimes of the past. In the absence of any tangible proof of your claim of abuse I can only surmise that it was a schoolyard event or maybe a nutter on a one off basis. Either way get over it, it will free you up to see more clearly the massive advances made by Maori and the Crown at all levels since the great movement forward in the late 1900s. In closing morepork I would like to extend an invitation for you and I to meet and discuss the obvious and easily understood fine detail of Maori/Pakeha relations. Sunlive has my details that I release to you.

who is ripping who? For the record I am not Maori. I am someone who has lived deeply embedded in a Maori family for 60 yrs. Your repeated ’One NZ." tropes are now obvious to all and your false equivalence around grievance is quite pathetic. Past " so called settlements" are well documented to have been grossly unfair, and were never, ever accepted by Maori as full and final. You claim that you can understand treaty issues in 20 mins, I suggest you offer your services to the tribunal or conversely have a wee chat to Buddy. Simple fact morepork is that you have no examples. May I suggest you get your nose out of the Hobsons pledge rhetoric playbook and seek out some real knowledge.

There have been faults on both sides and none of us are innocent, but I won’t be held responsible for what my ancestors did, and you shouldn’t be either. In all of my posts here I have tried to be scrupulously fair, even when saying things some don’t want to hear. It is time we grew up, gave help to ALL who need it, and started advancing together to really be ONE people. Social justice can only happen on a LEVEL playing field. You don’t have to stop being Maori and proud of it; I shouldn’t have to stop being European and proud of it. We need mutual respect and a fair deal for ALL. There can be a bright future for a truly diverse nation, or we can keep ripping each other up, and stay stuck in the past. My choice is in my posts.

There is no room here for me to fully explain, with examples, the snouts that have been placed in the treaty trough in the past. When an Iwi is given reparation and refuses to accept it as final settlement, reserving the right to come back for more, in perpetuity, that doesn’t help Race relations. When "Treaty Scholars" sell themselves to industry as experts on something that anyone can read and understand in 20 minutes, that makes no mention of "partnership" or "co-operation", instead speaking of "one people", but there is more money in spinning it to "partnership", that doesn’t help Race relations. Personal castigation means I have been abused, by Maori, for being "pakeha", no fault other than my skin color. There has been a concerted effort in some quarters to cast all non-Maori as the enemy. A burden of guilt being shifted to a rising generation.

has arisen for morepork to explain, with evidence what he means by " an industry created to milk it" it being the reparation process. Don’t run away morepork, please explain. Whilst your at it show evidence of personal castigation for the misdeeds of our ancestors, particularly for land confiscations immorally and illegally conducted, that continued until just a few decades ago. Yes, Buddy is a good man, he served for many years as an adviser to the " industry " you castigate, and has stood for council numerous times with no success. I wonder why?

... Buddy Mikaere is working on this. He is a fair minded man and will report properly according to the facts. While Buddy is supporting Maori in our region, he is also working with a bigger picture and is a man you can have a reasoned conversation with. I’d like to see him on TCC.

I agree with your comments regarding mana and the inspirational effect studying history can have. But it is really important that history be fairly reported and there is no attempt to move guilt for past misdeeds onto people alive today (no matter what their skin color or ethnicity). I am not responsible for what my ancestors did. I may agree that reparation should be made as a moral obligation, but I refuse to be held responsible and castigated for it. Not guilty, and won’t be made so. And I certainly won’t support an industry created to milk it. Peanuts9 is right; we should all be getting over the past and looking to the future (together). There is much in Maoritanga which can enhance our lives, just as there is much in technology that enhances our lives. We need to seek the good and make it part of our Nation.

Learn from the past

peanuts9 with respect as you are allowed your opinion. Forgetting about your/our ancestors skills and family talents which run through your/our veins is not the best idea. (Although it is the easiest most simplest idea) A lot of mana within all our ancestors which can be tapped into. Genetic imprinting supports this idea. For example. After doing some research we may end up saying...Wow! Only a couple of generations ago great grand-dad did that!!!! It’s inspiring and makes massive achievements seem more attainable once we know it’s possible to do. Re-instating maori families proud history is a step towards more maori attempting to create businesses, achieving in life and a more peaceful city. Not doing that is holding maori back, keeping them in welfare and victim mindsets and therefore holding all of us back as a society.

Just yesterday I was going through some old family papers. Came across The ’Programme of Events’ for the Centenary of Gate Pa (Pukehinahina) 1864 - 1964. Featuring - The Mission House, The Roman Catholic Mission and The Battle Story. Twenty four, pages and R D McCully was Chairman of the Centenary Committee.

The fixation on the past is holding this city back. We should be much more concerned about it’s future.