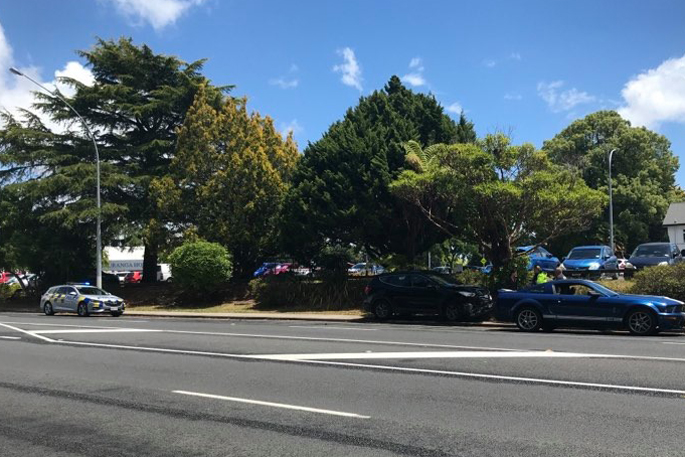 Police at the scene of the crash. Photo: Ursula Keay/SunLive.

Reports are coming in of a crash on Cameron Road.

A police spokesperson says they were advised of the nose to tail crash outside Tauranga Hospital at 12.40pm.

The north-bound lane of Cameron Road is blocked.

"We ask that motorists avoid the area while we sort it out," the police spokesperson says. 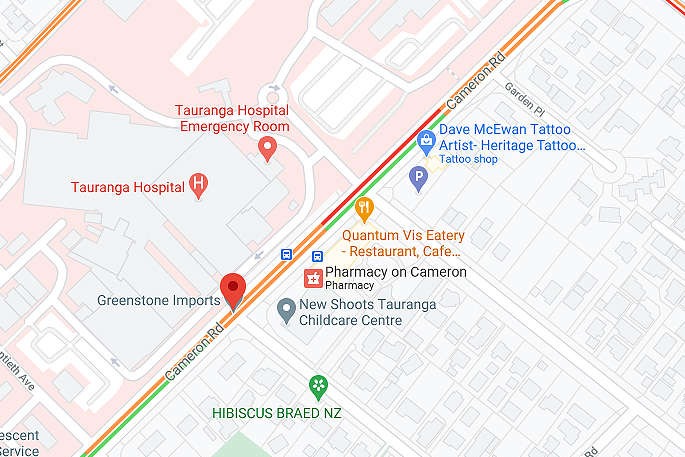 The crash is on Cameron Road, near Tauranga Hospital. Image: Google Maps.