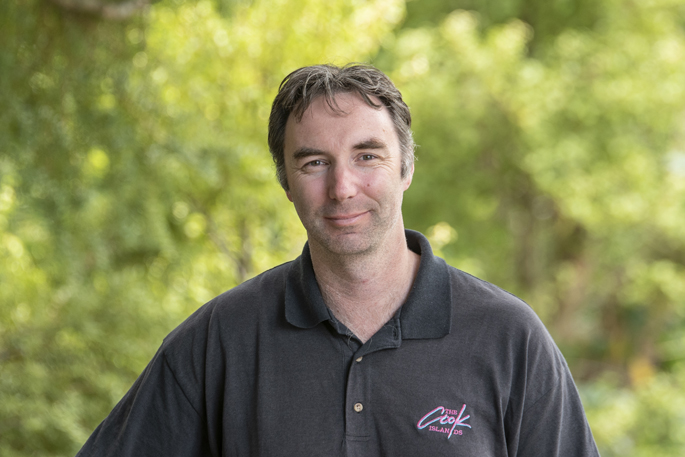 “If the carbon isn’t in the soil, it’s in the atmosphere as carbon dioxide (CO2),” says Aaron.

An annual increase of 0.4 per cent of carbon in soil globally would remove roughly the equivalent to CO2 emissions by human activities.

A variety of practices and conditions are studied to ascertain what factors affect soil carbon levels. These include the effects of re-grassing, planting a diverse sward of several different pasture species, planting plantain, growing maize, and using supplementary feed.

“A point of difference is we are researching at paddock scale on working commercial dairy farms, not trial plots,” says Aaron.

Soil carbon change is measured by looking at the net ecosystem carbon balance. Carbon inputs to the soil are from cow dung and urine, fertiliser and effluent, and CO2 from photosynthesis by the pasture itself. 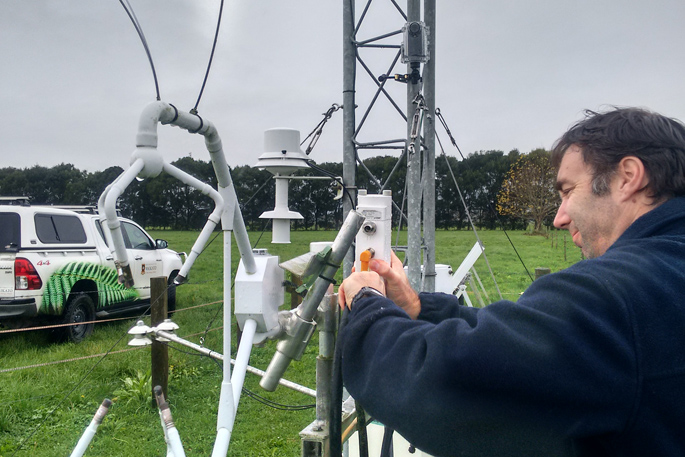 “Carbon is lost from the soil as CO2 (called soil respiration) and leached into the groundwater. Most carbon stored in the pasture is also returned to the atmosphere after the cows have eaten it.”

Supplementary feed has been studied on a farm where maize silage and palm kernel make up around half of the cows’ diet. Results showed a small improvement in soil carbon levels.

“Growing the maize has to be taken into consideration though – two years of maize cropping determined a loss of six tonnes of carbon per hectare of maize crop.”

While a three-metre tall crop, most of the carbon is stored in the biomass above the soil, which is then harvested and taken away, meanwhile the microbes continue to release carbon (as CO2) from the soil.

“The silage eaten by the cows puts some carbon back into the soil, but the process of maize cropping takes out more than is returned.”

Upcoming research will be carried out at Owl Farm in Cambridge, looking at turnip crops during the next few years.

“As turnips are grazed on-site by the cows, and not harvested, the excretions of dung and urine are immediately returned back into the same soil.

“It will be interesting to see whether it is better or worse for soil carbon than maize,” says Aaron.