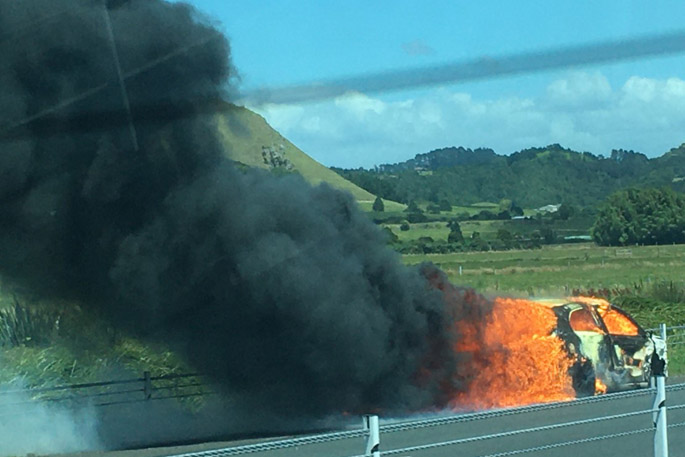 The car fire on the TEL. Photo: Katie Gulliver.

UPDATE 1.40pm: A car fire on the Tauranga Eastern Link has been extinguished.

They first recieved reports of the blaze at 12.30pm.

The fire has been extinguised, and all crews have left the scene.

Earlier: Emergency services are responding to a car fire on the Tauranga Eastern Link.

A police spokesperson says they were called to the incident underneath the Parton Road overbridge at 12.15pm.

"No one is inside the vehicle", says the police spokesperson.

The vehicle is partially obstructing one lane.

Fire crews are also in attendance.