One dead following crash on TEL 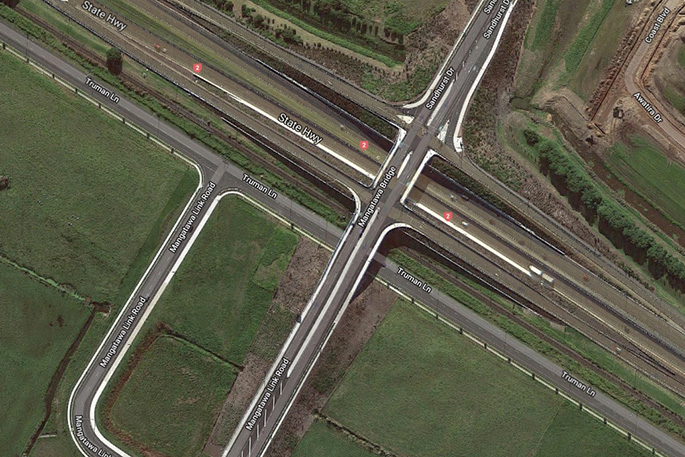 File photo.
UPADTE 8.30AM: Police have confirmed that one person has died following a serious crash on the Tauranga Eastern Link.
Emergency services were alerted to the two-vehicle crash, involving a car and a 4x4 vehicle, on State Highway 2 near Papamoa Beach just before 11pm on Sunday.
"Both vehicles had a single occupant," says a police spokesperson.
"The driver of the car died at the scene and the driver of the 4x4 vehicle was transported to hospital in a serious condition."
The road was closed for a number of hours and diversions were in place.
The scene is now clear and the road open.
EARLIER 7AM: The NZ Transport Agency report that emergency services responded to a serious crash on State Highway 2 near Papamoa last night.
SunLive readers report that two vehicles crashed in the westbound lane on the Tauranga Eastern Link, just before Sandhurst Dr.
Due to the crash, the section of highway between Sandhurst Dr and Domain Rd remained closed from around 11pm to 4.20am.
Eastbound traffic was diverted along Sandhurst Dr onto Papamoa Beach Rd, Domain Rd and back onto SH2 with westbound traffic in reverse.
It is unknown whether there are any injuries.
SunLive will update this with further information as it becomes available.