No excuses for bending the rules, says Maritime NZ 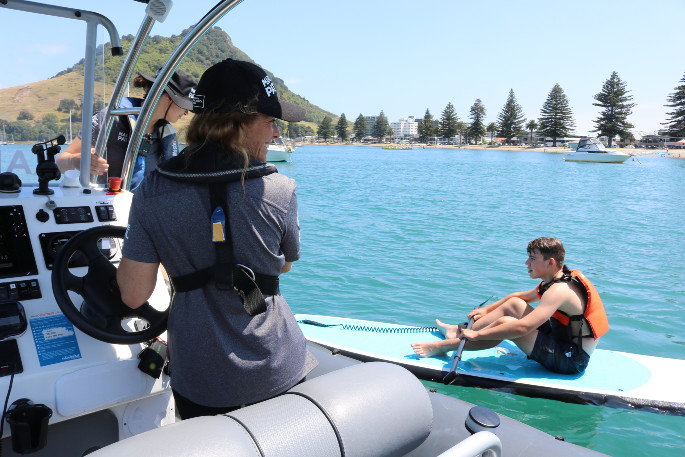 Jellybeans were given out for those who followed the rules. Photos: Ursula Keay/SunLive.

Council harbourmasters are teaming up with Maritime New Zealand to promote water safety as part of the ‘No Excuses’ campaign.

On Thursday crews were checking boaties’ compliance with the boating safety code and local bylaws including wearing lifejackets and safe speed.

“The more people we can educate the more lives we can ultimately save.”

The No Excuses compliance campaign happens on five random days in each region from 10th of October 2020 until March 31.

Last year, the campaign interacted with more than 4000 boaties, with 338 vessels in the Bay of Plenty.

Maritime Officer Greg Baillie says one of the keys to staying safe on the water is letting people know where you are going, and making sure you have at least two forms of communication.

He says preparation is key. 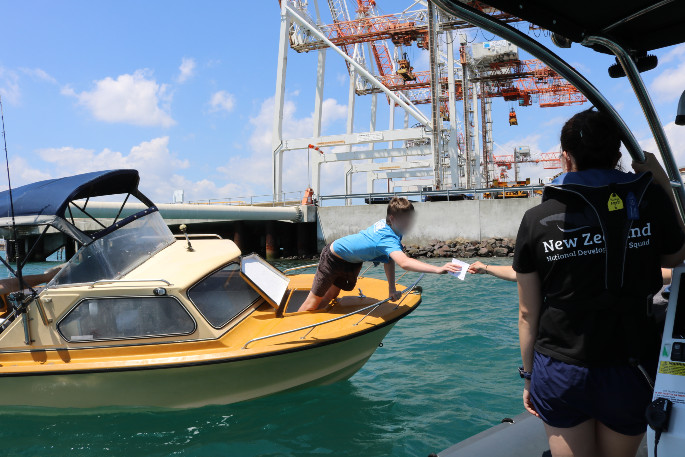 Those who were breaching bylaws were given breach notices.

“Make sure you’ve prepared your boat, you’ve got all your gear, and then you must know what the rules and your responsibilities are. And if something goes wrong know what to do. Prep, check and know.”

According to Maritime New Zealand, in 59 per cent of fatal incidents, inadequate communication was a contributing factor.

Recreational boating fatalities average about 20 each year, with 15 fatalities in 2020 (provisional figure as of December last year).

On the morning SunLive attended the campaign, a boat had capsized just offshore from Pilot Bay - demonstrating just how quickly things can go wrong.

“The change of tide bottlenecks through, that’s why you get all the turbulence. It’s amazing how calm the water is but you go into the channel and it’s bottlenecking through,” says Greg.

The team were also checking to see that people were wearing lifejackets.

Estimates from Maritime NZ are that about two thirds of boating deaths could have been prevented if people were wearing lifejackets.

In the Bay of Plenty, only 77 per cent of boaties surveyed say they wear lifejackets the entire time, while only 67 per cent of people ensured they had at least two ways to call for help.

However, this is still better than the national average of just 58 per cent of boaties carrying two ways to call for help.

Greg says the aim of the campaign was to encourage voluntary compliance.

Another big thing the team were looking for were to make sure boats were named and jet skis were registered.

However, if owners remedied in 14 days they wouldn’t receive an infringement.

Maritime NZ Deputy Director and Chair of the Safer Boating Forum says there is no excuse for not doing what is right to keep everyone safe on the water.

“While we applaud the high numbers of people who follow safe boating behaviours there is no room for complacency.

“We are continually looking at what we can do to improve safe behaviour through awareness and education, to avoid the need for infringements.

“However, there will be consequences for people breaching maritime rules and local bylaws.”