Bringing sustainable living out of retirement 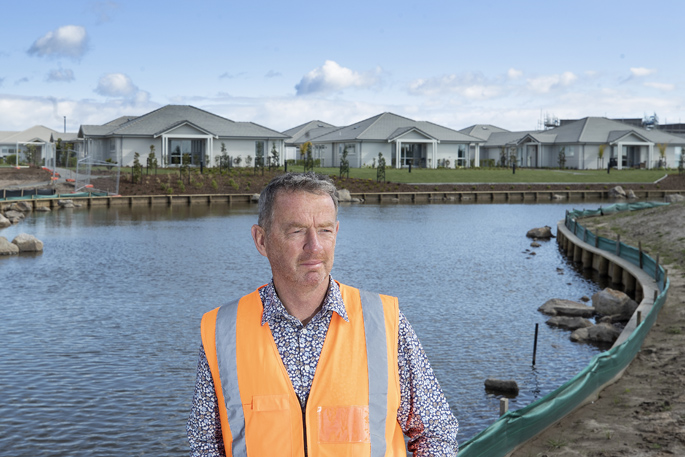 An under-construction Mount Maunganui retirement village is aiming to bring sustainable land practices to the retirement sector – from solar energy to composting.

The 17ha Pacific Lakes Village is the first Generus Living Group village to emphasise sustainability in its design.

“We are committed to embedding sustainability into our organisational culture, through a shared vision for a sustainable future,” says Graham.

“The first step is developing the necessary infrastructure to support behavioural change.”

The project will include educational workshops for residents. “Kitchen organic waste caddies will be provided to residents to facilitate participation,” says Pacific Lakes Village general manager for sales and marketing Craig Moss.

“This initiative will not only reduce the amount of waste going to landfill but provide the village with valuable compost and worm tea to enrich the soil in the village.”

Pacific Lakes Village diverts 100 per cent of landscaping and garden waste from landfill. “We work closely with Mangatawa Papamoa Blocks Incorporated in the processing of our green waste.

“We have just completed our own composting bay, and purchased a mulcher/chipper to trial on-site garden waste composting.

“This trial will allow us to find efficiencies in dealing with bulk waste materials, and assess the scalability of garden waste composting on-site.”

“We refer to this area as the orchard. Fruit varieties will be determined when this particular area of the village is developed and soil types ascertained.

“Additionally, a glasshouse and climate-controlled growing container is planned, with the intention that in the future freshly-grown organic produce can be used by both residents and the village cafe.”

Homes in the village include raised garden beds, so residents can grow their own seasonal produce.

Central to the village design is a series of lakes filled with stormwater runoff from Pacific Lakes Village and its adjacent sister village, Pacific Coast.

“The lakes will foster growth of a plant habitat, which over time will encourage the return of birdlife and an ecosystem to the precinct and broader area.”

Hay is made and baled on-site. “It’s currently being used during development to mitigate our environmental effects.

“As each stage of earthworks is completed, grass is sown, then a layer of hay is applied which assists with minimising dust and provides protection to allow time for the grass to germinate.”

Other eco-features in the village include electric vehicle charging stations and LED lighting.

Homes are pre-wired for solar, with the option to add a solar package if desired.

The village community centre, called the Lake House, has been designed to operate ‘off the grid’ with solar panels and a tank water system.

Graham says all of these efforts work to the Generus Living Group’s overall goal: to introduce good waste practices that can be used across the retirement village sector. “Sustainable awareness is rapidly increasing, but there is still a lot we must do, both as individuals and as businesses.”

Sounds great but Tga Council handing over my money to help someone else make money.... ridiculous