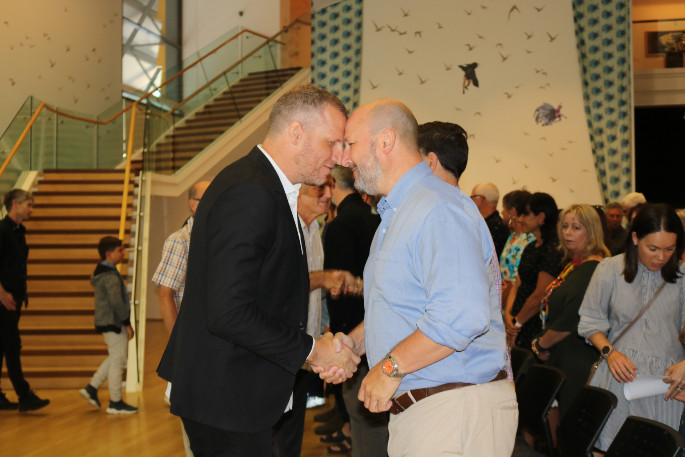 The director of the Tauranga Art Gallery has been officially welcomed to his new appointment with a traditional powhiri.

Stephen Cleland joins the gallery from the Adam Art Gallery Te Pātaka Toi at Victoria University of Wellington, where he has held the position of Curator since 2015.

His family, friends and a representative from his former workplace gathered at the gallery this morning to officially ‘hand him over’.

Stephen says he’s proud to be given a traditional powhiri.

“We’re excited by the prospect of Stephen bringing his extensive network to the Tauranga Art Gallery.” 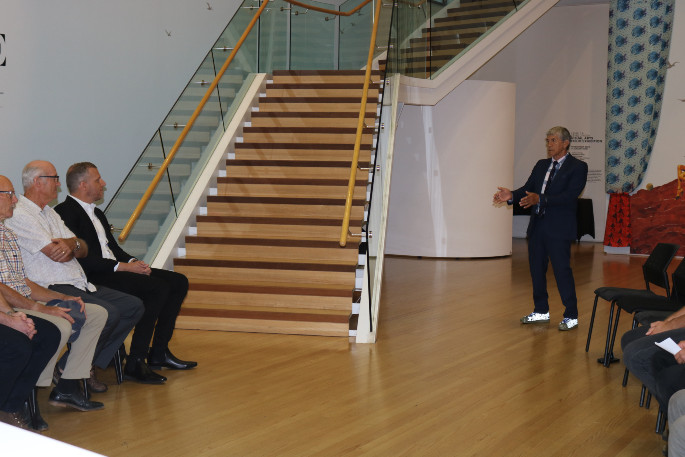 The welcoming ceremony for Stephen.

Initially growing up in the Waikato, Stephen studied at the University of Auckland in the early 2000s, gaining bachelor’s degrees in Art History and Fine Arts at Elam School of Fine Arts.

His passion for exhibition making then led to curatorial roles, initially through co-founding and co-managing Window Gallery at the University of Auckland, before undertaking curatorial and directorial positions at Te Tuhi Centre for the Arts in Auckland and The Physics Room in Christchurch.

He was acting curator, contemporary art at the Auckland Art Gallery Toi o Tamaki from 2014-2015 and then moved to Wellington that year for the Adam Art Gallery role.

hope hes not one for demanding more money from rate payers every year,this venue used by a minority of rate payers as previous surveys have shown.Council doesnt have enough money to go around as it is.