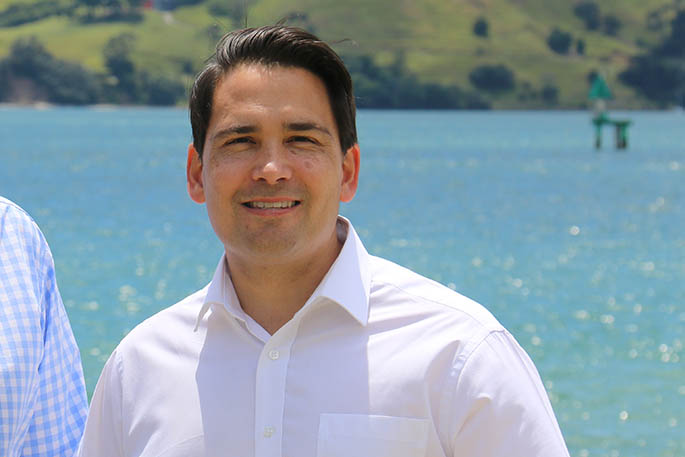 The Council for Civil Liberties is challenging a claim by former National Party leader Simon Bridges that people should have total freedom of expression on Twitter.

Proponents of free speech are concerned at Twitter's abrupt suspension of tens of thousands of accounts in recent days which has now reached New Zealand.

They say many of these accounts were allowed to flourish for years and the swift change in approach has not been fairly applied.

But Twitter says: "Given the violent events in Washington, DC, and increased risk of harm, we began permanently suspending thousands of accounts that were primarily dedicated to sharing QAnon content..."

Last night, Bridges, tweeted: "The suspension of NZ Twitter accounts is an overreaction. This isn't about whether anyone agrees with what any user was saying. It's about freedom of speech. And pushing views underground is more dangerous than letting them be out in the open for all to see."

The suspension of NZ Twitter accounts is an overreaction. This isn’t about whether anyone agrees with what any user was saying. It’s about freedom of speech. And pushing views underground is more dangerous than letting them be out in the open for all to see.

The chairperson at the New Zealand Council for Civil Liberties, Thomas Beagle, told Morning Report that he didn't entirely agree with Bridges' view that harmful ideas should be out in the open.

Beagle says there's a difference between harmful ideas and also harassment and threats of violence.

"I don't think anyone thinks that we should be able to threaten violence online and I think we do have to look at ways of suppressing harassment.

"'Cos the thing about freedom of expression is that it's not just about what people say - it's also about the ability to go and participate in those discussions.

"What we have seen in the last few years [is that] there is actually concerted efforts driven by bots and the rest to actually stop certain sorts of people having certain points of view just by harassing them into silence."

Beagle says it's also hard to say if New Zealand Twitter accounts, including people pushing conspiracy theories and far right ideas, should have been allowed to remain on the platform.

While Twitter should have the right to remove some accounts, at the same time he would favour more transparency about who they were getting rid of and what those people had been saying.

They could also be given the right to appeal "because Twitter doesn't have a good history of actually making good decisions on these matters".

"While many have been watching speech on the internet in the last few years and concluding it has gone in unexpected directions, it was also important to consider what consistency people would see in the future now that Twitter has made this significant change.

"In the same way that we saw with Facebook and their similar purges of people."

Censorship of any kind is an admission of failure, inasmuch as it shows that we are not capable of deciding for ourselves what we will accept and someone else has to do it for us. You are right that slander and libel are illegal, BUT only if they are untrue. "hate speech" is a blanket coverall invented by the PC brigade to stop anything that is unpleasant. I have studied Hitler’s speeches in both English and German, but I’m not a Nazi. Exposure to hateful ideas is only dangerous if you are stupid enough to fall for it. We should be educating our kids to think for themselves and know how to weigh rhetoric from fact. Instead, we appoint a Nanny who decides something shouldn’t be looked at and so it is censored. You don’t suppress hate with censorship; you overcome it by examining and demolishing it.

I thought censorship does have a place. Is not hate speech, incitement, slander and threats illegal. Freedom of speech does have some boundaries. Lots of people seem to dance on the edges . I find some opinions outrageous and very offensive and difficult to stomach but as long as within legal boundaries I do my best to ignore them ...just opinion

Having said that: I’m glad they cut Trump’s feeds... Not because of the violation of Free Speech that that causes, but because he is such a Baby that this is like taking away his Teddy Bear or his cuddle blanket and SOMEBODY had to do SOMETHING to get his attention and rein him in.

Your disappointment should not be with Simon’s position on Free Speech; it should be with the sad fact that people can no longer handle Free Speech and think for themselves. Simon is right; Free Speech which countless thousands have died for, SHOULD enable us to hear ANYTHING from ANYBODY, consider it, and reject, refute, or accept the points in it for ourselves. I don’t need a "Civil Liberties" Nanny to tell me what I can hear; I’m a grown-up with clear thought processes. Instead, we get people labelling what someone said as being unacceptable, so let’s censor it and shut it down. It’s like shooting the messenger because he brought bad news. Shoot the person who sent the message. (Don’t really do that...instead bring his message out and show it to be the drivel that it is...) The deaths and damage had nothing to do with Free Speech orTwitter.

None of the deaths, and at least 3 were natural causes, have anything to do with free speech and censorship. Expressing an opinion does not kill anybody. It’s actions beyond that that do and 99.9% of people don’t cross that line. Deal with the few that do but trying to stop people expressing opinions is counter productive.

Hi, yeah i get that you s are a business, is not the business that has been helped been created through people like Donald Trump .etc I don t know but i would have thought that the President of the USA would surely be able to get his message across thru any avenue he wanted Very disapointing.

So Simon 5 deaths and many injuries and property damage caused by freedom of speech is not alright. Twitter has the right to censor what may cause harm to the above .Really disappointed on your attitude over this.

"If freedom of speech is taken away, then dumb and silent we may be led, like sheep to the slaughter". George Washington

If they’re going to stop people from spreading lies and making false claims they need to shut all the churches first. Then they should close Facebook, Twitter and You Tube because essentially they’re just full of moronic crap. They’re run by the left wing woke brigade, they have too much influence and they censor anybody they don’t like and anything they don’t agree with. It’s dangerous. All it does is drive more extremism. There are plenty of other platforms. 75 million Trump voters are not going anywhere even if close a few Twitter accounts. The more the woke brigade try to censor, the more determined people will get. Foolish.

1. Twitter is not a right. It is a private company and they can censor anything they want to. Too many people simply take social media for granted and EXPECT to have a voice on it. 2. Mr Beagle is concerned about content and I vehemently disagree with him. We SHOULD be able to see ANYTHING from ANYBODY, because that is Free Speech. BUT, that requires that people are mature, know how to think straight, and are ABLE to deal with whatever they encounter. The continual promotion of Political Correctness has removed this ability and now we get people offended by Racism, Sexism, or any other "ism" (instead of refuting it). Don’t challenge it, just label it. Offense is taken where none was intended and people are crushed because they don’t know how to process information and decide for themselves. We lost the right to absolute Free Speech...

Not the end of free speech.

Any business can refuse to serve a customer. Twitter is a business. They can choose to serve who they wish. There are many other avenues for free speech. Losing the use of a twitter account is not the end of free speech. Beaurregarde