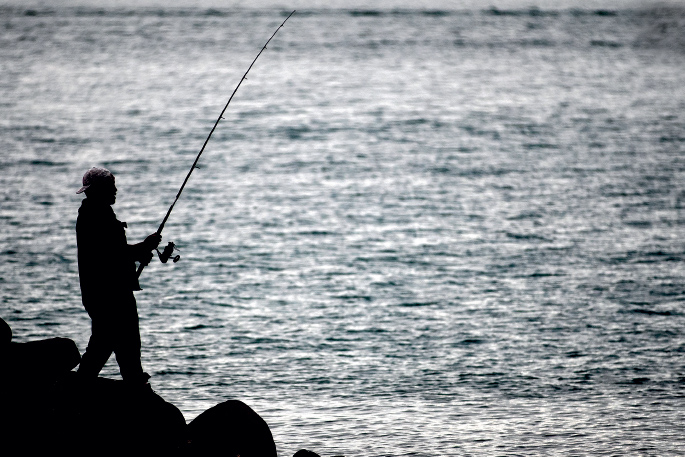 The fishing community are outraged with the Motiti Protection Area. Photo: John Borren.

The reaction to three ‘no take’ fishing zones near Motiti Island has been significant.

A National Party petition against the decision by BOP MP Todd Muller has 2500 signatures and will be presented the House as early as possible during the new Parliamentary term.

Commercial and recreational fisherman Russ Hawkins, who’s fished the area for 50 years, has written to the Human Rights Commission. Several others plan to take legal action.

Talking to clubs, fishermen, Motiti residents and iwi sees the same question continue to present itself: how was this allowed to happen?

After a complicated trial, the Environment Court implemented the Motiti Protection Area, which bans fishing in three reef zones near Motiti.

The Court decided that the policing, scientific monitoring and funding of the no-take zones will be undertaken by the Bay of Plenty Regional Council.

Because the case was taken directly to the Environment Court, rather than BOPRC, no public consultation was sought.

It won’t be sought until 2029, when BOPRC’s Regional Coastal Environment plan is up for review.

The ban will come into effect if approved by the Minister of Conservation.

“I understand the Department of Conservation is still working with affected parties, including iwi, to ensure any issues of overlap and Treaty rights are addressed,” says Minister Sage.

“There is no set timeframe for the decision to be finalised.

“I would expect the additional advice to be provided promptly to the incoming Minister.”

NZ Sport Fishing Council BOP delegate Vance Fulton says the fishing community has been appalled by the lack of transparency and public consultation that has occurred.

“This was totally left of field, and hasn’t happened in New Zealand before,” says Vance.

“Now that this ‘back door’ method has been successful, it’s being repeated – it’s already happening in Northland.”

“The case has been happening for about five years. We heard bits and pieces, but were never officially consulted as a club.”

“This affects the livelihoods of so many, from tackle stores to people who fish to feed their families,” says Nicky.

“It may become a safety issue, as people will be forced to fish further out.”

This isn’t exactly the result the MRMT wanted, either, according to MRMT technical adviser and marine biologist Te Atarangi Sayers.

He says the Trust wanted management across the whole area, particularly banning nets, pots and dredging.

“We never wanted to go to court. We went to Council first, and they supported us until it came to actually doing something.”

Te Atarangi says he approached several organisations throughout the process, asking them to participate.

“Their experience is so important to telling the story, but they’re ideologically opposed to ‘no take’.

“This was never about discriminating against recreational or commercial fishermen. We want people to be able to fish.

“But the ocean is dying and we have to do something.”

BOPRC regulatory services general manager Sarah Omundsen says it isn’t a matter of whether Council agrees with the decision or not.

“A decision has been made and BOPRC has the responsibility for implementing it.

“We understand the frustration. Any future process will include public consultation.”

F&B didn’t respond for comment. They continue to claim they helped achieve what Motiti locals wanted.

This representation has infuriated some Motiti residents.

“MRMT teaming up with F&B is an abomination, because they allowed an outside group to dictate what’s best for us.

“When we found out, it was too late.”

This was also the case for Patuwai Tribal chair Jimmy Takotohiwi.

“I knew it was too late, but I sent the Environment Court a letter anyway to make them aware that MRMT doesn’t represent our hapu.”

One of the protected zones falls under the Maketu area, not Motiti.

“The ban is about rejuvenating the diversity and wellbeing of the moana. I’m of the perspective that very few Maori would reject that.”

Rangi and Jimmy prefer management in a 12km2 radius around the island. Rangi submitted a Takutai Moana application for this.

Russ says he’s open to a management plan that uses research commercial fishermen have been collecting for decades.

Many agree the evidence presented in court was inadequate at painting the whole picture.

LegaSea are proposing a complete overhaul of the fisheries system that would remove the need for no take zones.

Amongst the barrage of conflicting opinions, there is a clear point of agreeance: The ocean needs protecting.

“We all want a thriving fishery,” says Nicky.

“There’s no two ways about it.”

This whole debacle is a joke. I would suggest recreational fishers ignore this as it appears different jurisdictions don’t know the correct and legal framework for this. A complete shambles.