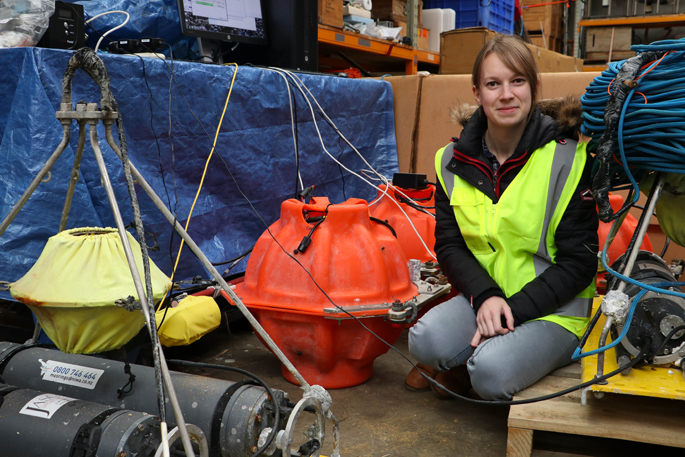 New Zealand waters provide an important migratory route for the biggest animal to ever exist, the Antarctic blue whale, according to a new study.

Hydrophones, or underwater microphones, anchored at the bottom of the ocean around central New Zealand recorded the whales’ low-frequency calls, which are loud enough to be heard across hundreds of kilometers, to monitor their locations.

The giant creatures travelled a route that runs through the South Taranaki Bight, an area off the west coast of the North Island and above the South Island, the study showed.

Antarctic blue whales were also detected to a lesser extent off the east coast of central New Zealand, offshore from Kaikōura and the Wairarapa.

The study has just been published in the journal Frontiers of Marine Science, it is a joint effort by the University of Auckland and the National Institute for Water and Atmospheric Research, with collaborators from Texas A&M University and acoustic monitoring firm JASCO Applied Sciences.

“This research shows that New Zealand waters provide an important habitat for these incredible creatures,” says Dr Victoria Warren from the Institute of Marine Science.

“These animals are critically endangered, and we need to do everything we can to protect them.”

Antarctic blue whales reach up to 30 meters in length and 200 tons in weight, with hearts the size of small cars. They are bigger than the biggest dinosaurs ever were, but hunted to the brink of extinction last century. The United Nations estimated a population of 3,000 in 2018 – compared with a peak of as many as 200,000 whales prior to commercial whaling.

The acoustic data pointed to the possibility that Antarctic blue whales may breed in New Zealand waters, since their calls were heard during the breeding season of September and October, but the evidence wasn’t conclusive.

New Zealanders may on rare occasion spot an Antarctic blue whale, but the creatures are notoriously difficult to distinguish – visually, at least – from the somewhat smaller, but still huge, pygmy blue whales.

To get a clearer picture of the habits of both types of blue whale, scientists eavesdropped via microphones deployed at depths ranging from 100 to 1,500 metres. While identifying the sub-species visually can be difficult, it’s straightforward via sound.

The data revealed that pygmy blue whales seem to congregate in the South Taranaki Bight, especially between March and May, which supports other research findings and highlights that this area is very important for both types of blue whale.

Underwater microphones were deployed in 2016 at four locations around central New Zealand -- the South Taranaki Bight, Cook Strait, and off the coasts of Kaikōura and Wairarapa – and in 2017 at three of those locations.

Over 106.5 days, a total of 20,751 blue whale calls were detected, with both of the sub-species turning up at all of the locations.

``This research really illustrated the value of long-term deployments of underwater microphones, for monitoring rare and hard-to-observe animals such as large migratory whales,” says associate professor Rochelle Constantine, one of the co-authors of the paper.