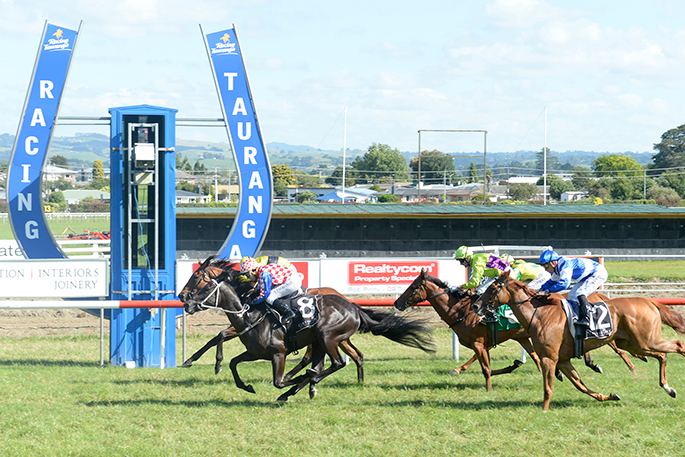 Tauranga trained Nasha Riva will contest the feature race at Tauranga on Friday as the horse competes in The Ray White Greerton Handicap over 1600 meters.

Fresh from success in winning the Thames Cup at Te Aroha 12 days ago, the fie-year-old mare will be looking to continue her good form on her home track at Tauranga, says Racing Tauranga sponsorship manager Andrew Love.

"To date Nasha Riva has recorded five wins, with four of those at the Tauranga track.

"Trainer Jim Pender has engaged the services of jockey Maso Hashizume, who will claim 2kg meaning she will carry just 52kg, 10kg lighter than the topweight Go Nicholas.

"Pender has already declared his intention to race her in the Auckland Cup in March so this race is the first in her preparation to step up in distance."

Andrew says competition in the race though is strong, with the likes of Go Nicholas, Vichy and the Stephen Marsh trained Lincoln King.

The six-year-old has had 17 starts for five wins and has only been unplaced five times.

"Watch this space, the nine-year-old, who has won over $400,000, is in search of his first win in more than two years

"The eight race programme starts with a two-year-old race at 12.12, whilst the only other local trainer with a horse entered is Antony Fuller, who has Speechmaker entered in Race 3 The Ray White 1400.

"Speechmaker ran a strong race here at Tauranga on January 2 and could well be in the finish again."

Andrew says entry to the course is free but race goers are being asked for a gold coin donation to assist Ronal McDonald house, the chosen charity of race day sponsors Ray White Real Estate.