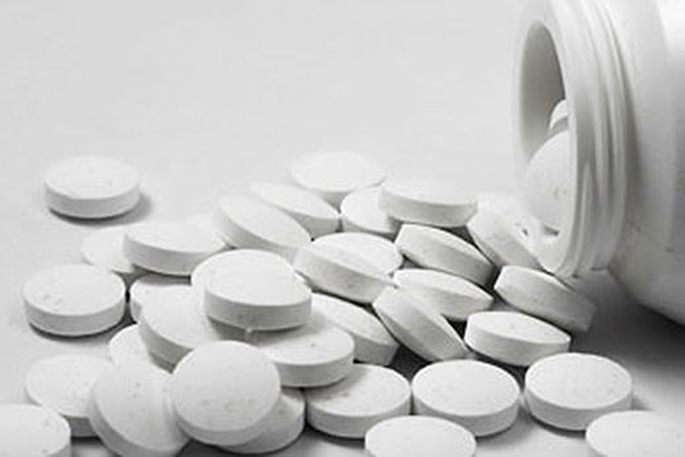 Taking higher than recommended doses of medications, like Panadol, can cause serious health issues. File photo.

A Tauranga mother is voicing her concerns over the sale of Panadol after her daughter overdosed on the pain medication just before Christmas.

“The biggest question is why something this dangerous, can be bought by kids off the shelf anywhere it’s sold,” says the woman.

“Yes, most of the population uses Panadol and has it in their homes, but in actual fact how many actually know you can literally die from taking too many? “

The woman’s teenage daughter had to be hospitalised after attempting to take her life by overdosing on an entire packet of Panadol she bought at a local dairy.

“And it is not a pleasant way to die either... no just taking the packet of tablets and drifting off to sleep and you don’t ever have to wake up again.

“It destroys your liver and that’s how you die.”

Like many parents with children struggling with depression/anxiety and life in general, which makes them feel suicidal, the woman had everything from the kitchen knives, scissors and the likes of Panadol and other medications, locked away.

“I thought we were pretty safe in our home, since my daughter tried a few times over the last year to ‘die’ as she just can’t handle things, but couldn’t get into our locked cupboard to sufficiently get enough tablets to end it as such.

"I had a rude awakening in December, which could have been a dead child in the morning.

“Purely because she was able to go down to the local 4Square and purchase a packet of Panadol, along with her chocolate Bar etc.

“It didn’t even occur to me that she would be allowed to buy Panadol if she was under age like smokes etc, otherwise I would never have let her go on her own.”

If it wasn’t for the teen ringing the crisis team, the woman says her girl would not be alive today.

“They started her on the antidote drug to try and counteract the damage Panadol does to the liver.

“It was awful watching her throw up for hours and hours, plus the chronic stomach pain around her liver.

“And we won’t know for months if there is any permanent damage, even though she was treated so quickly.

“I hope by sharing this it may help and save other parents the nightmare of watching what my daughter went through, and maybe even their lives.”

The woman is calling for the purchase of Panadol to be restricted so people under the age of 18 can’t freely access it.

Medsafe group manager Chris James says all medicines have an element of risk.

“The side effects of medicines are listed in the data sheets. When taken at the correct dose, ibuprofen is associated with a wider range of side effects than paracetamol (for example irritating the stomach). However, paracetamol is known to be generally more dangerous in overdose.”

Chris says adverse reactions after taking too much paracetamol can include acute liver failure after an overdose.

“We would advise parents in the same situation to seek out help and support, from family, their doctor, and the free call or text service 1737.

“However, we note Countdown has put some voluntary restrictions in place for paracetamol.”

Medsafe has conducted a consultation regarding proposed changes to paracetamol warning and advisory statements that must be displayed on the packaging.

The outcome will be published on the Medsafe website: www.medsafe.govt.nz/consultations/outcome.asp.

WHERE TO GET HELP:

Many factors but...This is a symptom of how our money/debt driven society operates. For previous generations... children had an important role in the family unit. Doing housework, planting the garden, making dinner with Mom amongst other projects and they were obviously materially valuable and integral to the family and they could feel proud about themselves for their efforts and REAL value they’ve added. Now they are often treated like those obese people that have everything handed to/done for them. It’s not natural. They feel like failures. School teaches the majority of them they are failures. What is so wrong with working children? It helps them long term as they grow up! Govt regulation has outlawed child labor and OSH has shunned them from the workplace...where previously they would learn their parents trades/crafts. They can’t anymore.

So many more teenagers have mental health issues -- devices and social networking are likely driving this. Todays kids are an experiment, schools encourage it by allowing kids to have their phones during school. New panadol restrictions is like whack-a-mole.

I listened to a young woman, crying, vomitting and the noises and extreme stress that the detox was having on a young womans body last week in ED, because she chose to do this and more. It was heard by the whole ward and the mother and nurse were so brave.....We need to fix the problem of WHY as there were so many others in the ward that night, that had self inflicted injuries....How did we get to this stage?

While I really do feel for this mother and daughter...I don’t believe that removing everything that can be ingested and cause harm is possible. Naturally growing plants etc for example, industrial products etc etc... If someone want to harm themselves they can quite easily. So unfortunately I don’t think regulation of everything harmful to humans is an option. Inner peace is within us...do not seek it without. It’s really hard being a teen. I do remember my hard times even now...20 years later... I think mostly because of the B.S magazine cover culture and what I call "faulty programming" that tells everyone they aren’t good enough as they are!

Dear mum, I understand where you coming from but is it more that you child needs the right help to resolve her issues or is the sale of panadol. You know we can purchase several harmfull chemicals in the shop too or is it maybe education that taking a overdose on panadol that you actually die of a really painful death which not happen in a instance. Maybe the teachers in school can make this a topic at school to talk about and give information if you feel different or not happy that it is ok maybe give them help lines instead of putting up barriers everywhere. Maybe have a look at food patterns to like what it contains preservatives colours etc it seems to be that there is s lot of depression around us which can’t be explained.