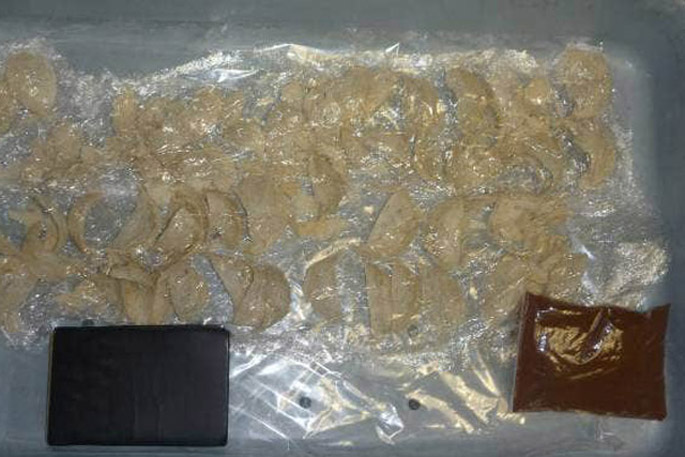 An example of an attempt to smuggle bird nest into the country. Photo: MPI.

A New Zealand beauty salesperson has been fined $31,500 for possession, selling and attempting to sell unauthorised dry edible bird’s nests through the social media channel WeChat following a Ministry of Primary Industries investigation.

Linying Ouyang, 30, pleaded guilty to three charges under the Biosecurity Act 1993 and was sentenced yesterday in the Waitakere District Court.

"Bird’s nests are a Chinese delicacy made from the saliva of the Swiftlet bird. Swiftlets can carry avian diseases, and are a biosecurity risk. This is why untreated product is not allowed into New Zealand," says Ron.

"Having edible bird’s nests increase New Zealand’s risk of exposure to avian pathogens. MPI takes a firm stance on cases involving bird’s nests and this case shows our commitment to removing that risk."

The charges relate to incidents between May 8 and November 25 2019. A search warrant was executed at Ms Ouyang’s home on November 25.

Ms Ouyang’s cellphone and laptop were seized as part of the examination along with records of WeChat conversations.

All New Zealanders are reminded that if they are concerned about any suspicious imported animal products to contact Biosecurity New Zealand on 0800 80 99 66. Calls can be confidential upon request.