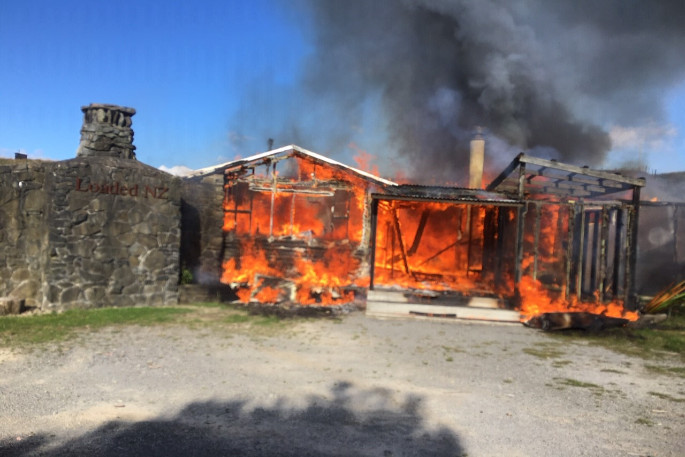 The clubhouse building at New Zealand’s largest clay shooting and coaching facility in Omanawa has burnt to the ground.

Loaded NZ, which offers clay shooting, knife throwing and archery, was engulfed in flames at 3:45pm on Sunday.

Head shooting instructor Ric Black was alerted to the fire by a security guard at the property and arrived to see the building in flames.

“I was lost for words. I was dumbfounded.”

He says the fire appeared to have started in the lounge, near the fireplace. Because of the rural location, by the time the firefighters arrived it was too late.

No one was inside the building and no-one was hurt.

The building was used for corporate entertainment. Ric says they are working on providing an alternative arrangement as quickly as they can so they can reopen.

“We’ll be back bigger and stronger than ever,” Ric says.