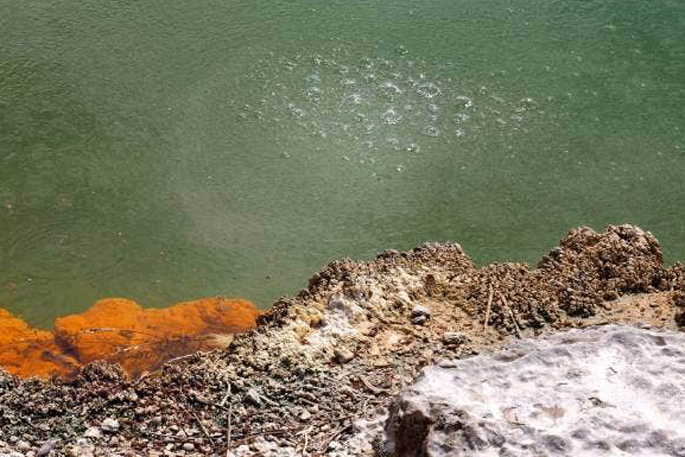 The man was attacked at a wild pool near Rotoru’a Wai-o-Tapu thermal pools.  Photo: Pamela Wade.

A second man has been charged in connection with an alleged attack at Rotorua’s hotpools.

Nikora O’Neill, 21, appeared at Rotorua District Court on Monday where he faces charges of injuring with intent to cause grievous bodily harm and theft.

Both men appeared via audio visual link and were remanded in custody without plea until January 29.

The charges stem from an alleged incident on December 19, 2020, after which the alleged victim, who declined to be named, described being "knocked out in the water” and left with a facial fracture.

The Wellington man and friends were at a pool near the Wai-o-Tapu thermal pools on Saturday, December 19.

It was about 11pm as they had spent the day bike riding.

No pleas were entered on behalf of either man and they will reappear on January 29.

Gutless. Aren’t big enough to stand up and take responsibility for their own actions. Gutless

Both of these clowns actions are a complete embarrassment to us all. I will never accept alcohol/drugs as an excuse for people’s behavior. I don’t care how they grew up. I don’t care if lawyers would have them defined as insane. If random violence is what they enjoy perhaps they may enjoy being placed in jail for a while...