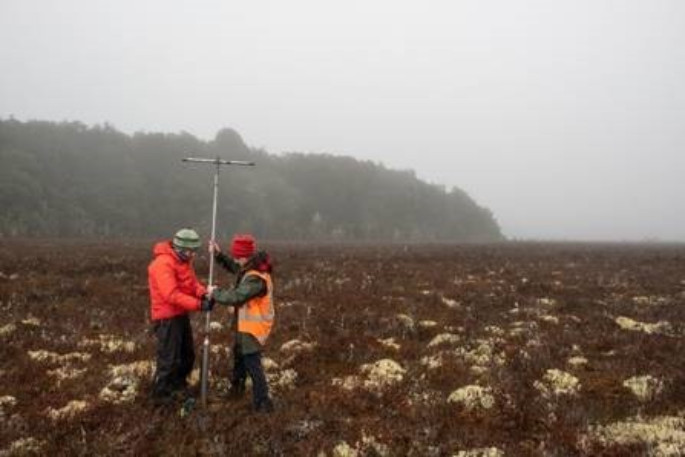 A new study has shown that environmental DNA, known as eDNA, may be a valuable tool for measuring biological changes in wetlands.

eDNA or environmental DNA is DNA extracted from soils, air, water, and other substrates (the surface on which an organism lives).

Researchers from Manaaki Whenua Landcare Research sequenced microbial DNA from soil cores taken down to 4m below the surface in seven New Zealand wetlands, in one of the few studies globally to have studied wetland microbes at such depths.

“The results showed distinct changes in microbial communities as we went deeper” says co-author of the study Dr Olivia Burge.

“For example, archaea - a type of organism similar to bacteria - became more common with increasing depth, and the proportions of different bacterial groups changed as well.”

Current biodiversity monitoring in wetlands tends to focus on large organisms such as birds and plants, which can be relatively slow to respond to environmental change.

Jamie says the strength of eDNA is that it allows researchers to study things like bacteria which may respond faster to environmental change.

As part of the study, the researchers compared three similar wetlands with different degrees of human modification.

According to the release, as a wetland is drained for agriculture, increased oxidation of the peat leads to more carbon dioxide emission.

This is a process driven by microbes, and the researchers saw an increase in the types of microbes responsible for this process in the upper layers of the more modified wetlands.

Manaaki Whenua Landcare Research say wetlands are important ecosystems that are under threat.

They play a key role in carbon storage, however have declined more than 90 per cent over the past 750 years from around 10 per cent of total land area to less than one percent.

This is due to fires, nutrient runoff from agricultural land and drainage, as well as weed invasion and climate change.