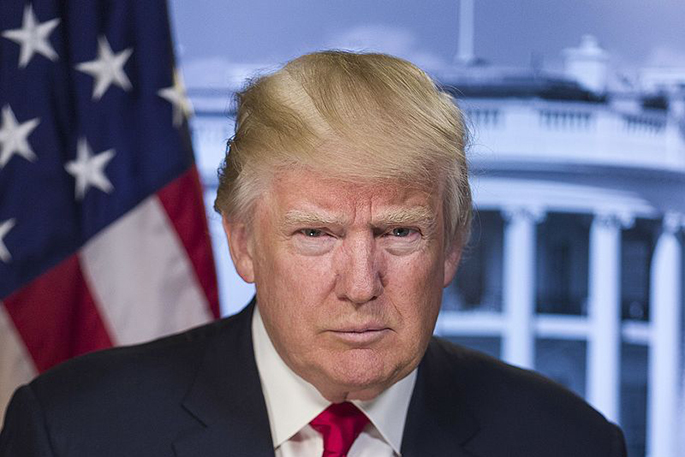 Twitter has permanently suspended US President Donald Trump from its platform. File photo.

Twitter has permanently suspended US President Donald Trump from its platform, citing ‘risk of further incitement of violence’.

The social platform has been under growing pressure to take further action against Trump following Wednesday's deadly insurrection at the US Capitol.

Twitter initially suspended Trump's account for 12 hours after he posted a video that repeated false claims about election fraud and praised the rioters who stormed the Capitol.

Twitter's move deprives Trump of a potent tool he has used to communicate directly with the American people for more than a decade. He has used Twitter to announce policy changes, challenge opponents, insult enemies, praise his allies and himself, and to spread misinformation.

Twitter has long given Trump and other world leaders broad exemptions from its rules against personal attacks, hate speech and other behaviours. But in a lengthy explanation posted on its blog Friday, the company said recent Trump tweets amounted to glorification of violence when read in the context of the Capitol riot and plans circulating online for future armed protests around the inauguration of US President-elect Joe Biden.

In those tweets, Trump stated that he will not be attending the inauguration and referred to his supporters as “American Patriots,'' saying they will have “a GIANT VOICE long into the future”. Twitter said these statements “are likely to inspire others to replicate the violent acts that took place on January 6, 2021, and that there are multiple indicators that they are being received and understood as encouragement to do so”.

The company said “plans for future armed protests have already begun proliferating on and off-Twitter, including a proposed secondary attack on the US Capitol and state capitol buildings on January 17, 2021.”

Twitter said its policy enables world leaders to speak to the public, but that these accounts “are not above our rules entirely'' and can't use Twitter to incite violence. Trump had roughly 89 million followers.

Facebook and Instagram, which is owned by Facebook, on Thursday suspended Trump's account for at least two weeks, and possibly indefinitely. At that time, Twitter, however, merely revoked Trump's posting privileges for 12 hours after he posted a video that repeated false claims about election fraud and praised the rioters who stormed the Capitol.

On Friday, the company permanently banned two Trump loyalists - former national security adviser Michael Flynn and attorney Sidney Powell - as part of a broader purge of accounts promoting the QAnon conspiracy theory. Twitter said it will take action on behaviour that has the potential to lead to offline harm.

“Given the renewed potential for violence surrounding this type of behaviour in the coming days, we will permanently suspend accounts that are solely dedicated to sharing QAnon content,'' Twitter said in an emailed statement. The company also said Trump attorney Lin Wood was permanently suspended Tuesday for violating its rules, but provided no additional details.

The company says that when it determines a group or campaign is engaged in “coordinated harmful activity,'' it may suspend accounts that it finds primarily encourages that behaviour.

Social media companies have been under intensified pressure to crack down on hate speech since a violent mob egged on by Trump stormed the US Capitol. Dozens of QAnon social media accounts were hyping up Trump's January 6 rally in the heart of Washington, expressing hope that it could lead to the overturn of the US election results.

@This guy. Fair enough about your statement and twitter banning him. No argument from me there. That is their platform and their decision. I still think the First amendment would protect what he said before then ban tho. Which forms half of the their legal case currently.

He should just set up his own social media platform and his own news network. The world is full of left wing woke media pushing their agenda so I would suspect his platforms would be very popular indeed.

I’m no Trump Fan. But I would have thought his first amendment rights would have allowed him to say whatever he wanted to and it’s up to the public to be discerning to determine fact from fiction. Even if Americans are terrible at it.

Would have cut the lies at its source. Only in a America as they say ! Lies , massive exaggerations, manipulation, broken promises so numerous, but still people believe everything he says even when blatantly not true. Amazing. A lot of laugher and scorn from all over the world. .

I wonder if Facebook will do the same to Murray Guy.

Who cares? They didn’t ban him when he talked about grabbing a women by the p**sy. They are just as bad as him. Worse. Just close Twitter and Facebook et al. 75 million voted for him. They ain’t going anywhere despite the hysterical response from puritanical socialists. Bring it on.