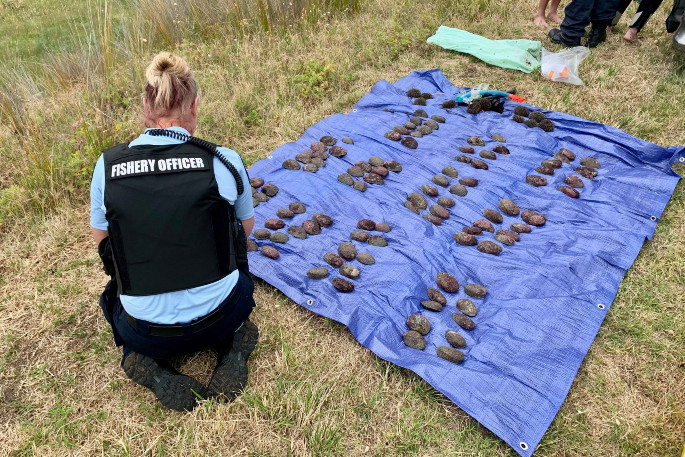 Almost 3,000 cockles and 150 undersized pāua are back in the sea after successful interventions by the Ministry for Primary Industries and Police.

Fisheries NZ received two calls to its 0800 4 POACHER line at the weekend about groups of people gathering cockles at Eastern Beach in Auckland – an area clearly sign-posted that gathering of any shellfish is prohibited. This is to replenish stocks.

A Fishery Officer and an Honorary Fishery Officer visited the scene. Initially nothing illegal was found, but on moving to the southern end of the beach, the officers found a man about to load a large bag of cockles into a vehicle.

“The four gatherers told officers they were unaware of the beach closure to the collecting of shellfish and had not seen the closure signage. They also did not know the daily limits for shellfish from areas that are not closed within the Auckland Coromandel area.

“Our officers pointed out there were 16 MPI signs indicating the shellfish closure - at the beach and on approaching the beach,” says Gary.

The alleged offenders may face prosecution.

Also in the past few days, following more calls to the poacher line, Fishery Officers found several groups in the water off Eastern Beach, some eating cockles raw from the shell, others collecting them. The officers seized a bag with 133 cockles hidden under a large inflatable toy.

“These groups also claimed they had not seen the signage and none of them knew the rules about daily limits,” says Gary.

“The officers provided extensive education on areas where collection is legal, areas currently closed and the daily limits for shellfish, including cockles.”

The cockles in all three seizures were returned to the sea.

In a joint operation in Mahia, Hawke’s Bay, at the weekend, Fishery Officers and Police checked the haul of a few fisherman, and found 156 undersized pāua.

The pāua were returned to the sea, while the vehicle and gear of the alleged offenders, who may face prosecution, have been seized.

“It is extremely disappointing that greed and lack of consideration for the marine ecosystem is common among those we catch,” says Gary.

All recreational fishing for Northland, Waikato, Coromandel, the Bay of Plenty, and the Kermadec Islands, including potting, netting and all other fishing methods, is covered by rules.

Remember, if you're a recreational fisher, selling any fish or shellfish you catch is illegal. 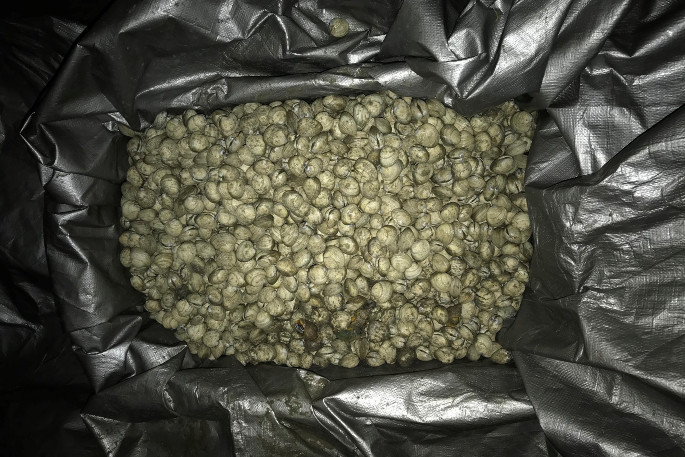 Limits, closures and restrictions for the Northland, Auckland and Bay of Plenty area are outlined on the Government’s MPI website.

From October 1 2020, new fishing measures are in place to support the threat management plan for Hector's and Māui dolphins. The use of recreational and commercial set nets is prohibited in a number of areas across the country, and the trawl prohibition within the central Māui dolphin habitat zone has been extended. Drift netting is prohibited in all New Zealand waters.

If you spot any suspicious fishing activity, call MPI Fisheries on 0800 4 POACHER or email ncc@mpi.govt.nz.

Before you go fishing or gathering seafood, brush up on the rules:

You can also download the NZ Fishing Rules app: 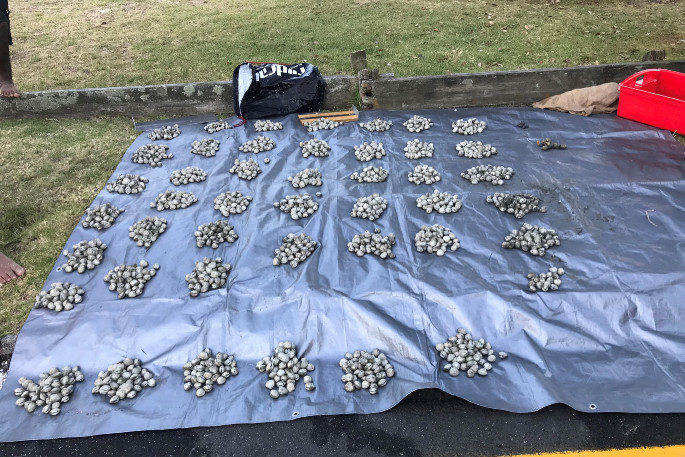 ... I tend not to be demanding stern punishments, because I don’t think that helps solve the problem. I’d rather see people get educated and understand WHY there are laws in place. But in cases of pure, blatant, greed like this, I do believe there should be very strong enforcement and penalties. It isn’t just stupid and greedy, it is also anti-social and disrespectful to all of us.