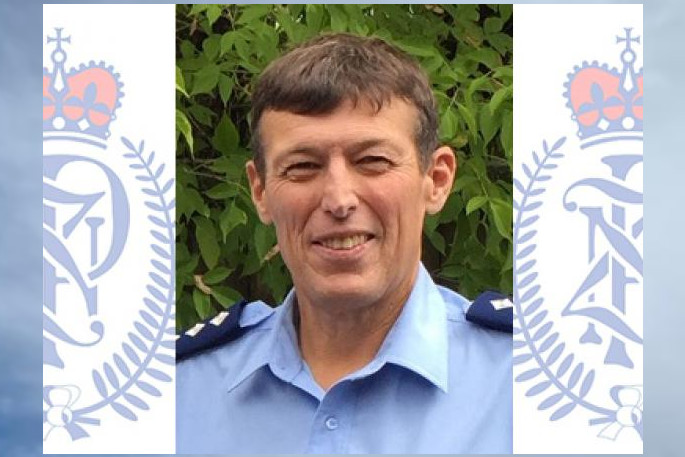 Inspector Kevin J Taylor was the type of person that when he spoke, people listened.

As a leader, he was able to build relationships – sometimes from the brink of disaster – and that, alongside his ability to simply get things done, meant he excelled in his policing.

Kevin passed away on December 23, just a few days before his 58th birthday and after spending almost 38 years with New Zealand Police. His most recent role was as Eastern Bay of Plenty Area Commander.

It was the ability to help and protect the community that inspired him to join in 1983, and as he rose through the ranks, it was the welfare of his staff and the community they served which stayed front of mind.

Paying tribute to Kevin at his funeral, Deputy Commissioner Glenn Dunbier – who worked closely with Kevin when he was Bay of Plenty District Commander - spoke of a man who was quietly spoken, humorous and often laid back, but also an intelligent, determined and diligent police officer who had made a significant contribution during his career.

He joined Police in January 1983, as a member of the 85th Recruit Wing. However, his Police career was almost thwarted before it began – with his laid-back attitude initially failing to impress the recruiting officer.

Following inquiries and a final interview, it was deemed he had a great deal of potential – potential that would be realised over the next almost four decades.

Kevin initially spent four years in Lower Hutt before taking leave without pay to travel to London. Returning to New Zealand in 1988 he found himself based in Tokoroa – a far cry from the Auckland posting he requested.

It would be a place where he flourished, and was promoted to sergeant in 1991.

Deputy Commissioner Glenn Dunbier worked alongside Kevin when he was District Commander for Bay of Plenty, and Kevin was in the District Leadership Team.

“He was a valued member of our leadership teams and a trusted advisor whose counsel I was very glad to be able to call upon as district commander,” says Glenn.

“Kevin was always willing to step up and tackle any job… and the organisation trusted him to do so.”

He saw his last role, in the Eastern Bay, as an opportunity to join a team passionate about policing and keeping their local community safe – and embraced the chance to build on that good work.

Kevin was a proud contributor to that good work when Eastern Bay of Plenty featured in two supreme winners in the Evidence Based Policing Problem-Oriented Policing awards: Oho Ake, working with Māori youth, and Operation Notus, a major drug operation in Kawerau.

“Both had community safety at their heart, both involved deep and real partnerships with partners including Tūhoe iwi, and both build in strong relationships of the sort Kevin was so good at maintaining,” says Glenn.

It was that relationship-building that current Bay of Plenty District Commander and friend, Superintendent Andy McGregor highlighted.

He paid particular tribute to the work Kevin had done to get the relationship with Ngai Tūhoe back on track following the 2007 Operation 8 – to the point Tūhoe chair Tamati Kruger described them as “his friends from NZ Police”.

“And all this from the police side was down to Kevin’s leadership and interpersonal skills and his ability to get stuff done,” says Andy. “The fact that he could build a relationship with others from the brink of disaster to one of friendship is outstanding.”

Andy described Kevin as someone who did things differently but was always up for the challenge.

“He liked to get the basics right, and he achieved a lot with the partnerships he developed,” says Andy.

“Kevin was a leader. When he spoke, people listened. He was well respected by all – peers, staff and partners from outside Police. They trusted him and he achieved a lot.”