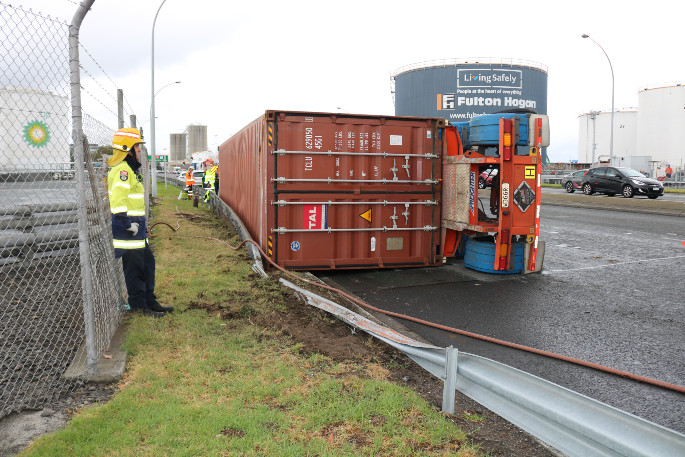 All lanes on Hewletts Road are now open after a trucked rolled earlier today, but traffic in the area is still heavy.

The truck and trailer rolled at the intersection of Totara Street and Hewletts Road blocking the left northbound lane just before 11.30am this morning.

A crane had been brought in to right the truck around 2.40pm but the lane remained closed while contractors inspected the road, says a post on the Waka Kotahi NZTA Facebook page.

The driver of the truck was taken to hospital with moderate injuries, including nasty grazes and a cut to his leg, Fire and Emergency New Zealand Senior Firefighter Burchell told a SunLive reporter at the scene.

He says it is the second time there has been a crash like this in the last one or two years. 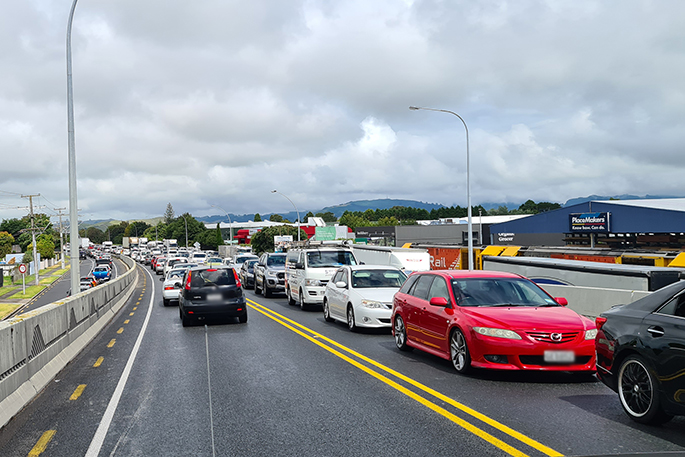 Traffic is bumper to bumper on Maunganui Road and the Hewletts Road flyover. Supplied photo.

Traffic on Hewletts Road and the surrounding area remains gridlocked. 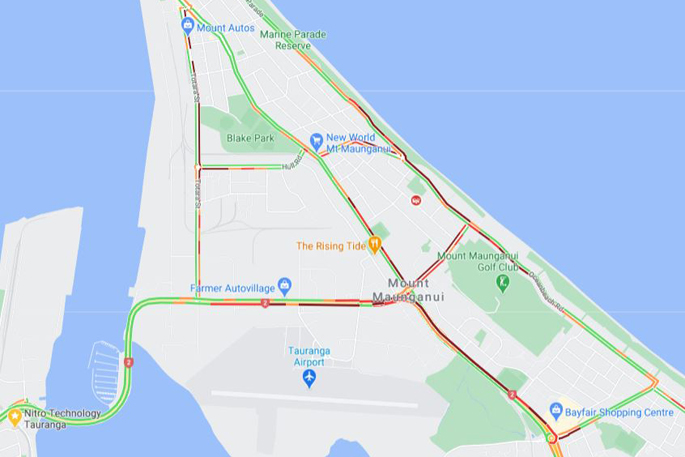 Truck & trailer rolls over on a suburban road !!! Seems that the the total unit was totally unstable /top heavy, OR was been driven at a speed that was TOTALLY UNSAFE !! What about the potential outcome for a family in their car that was alongside the "UNIT" when it rolled - Mum, Dad, & 2/3/4 children DEAD!!!!