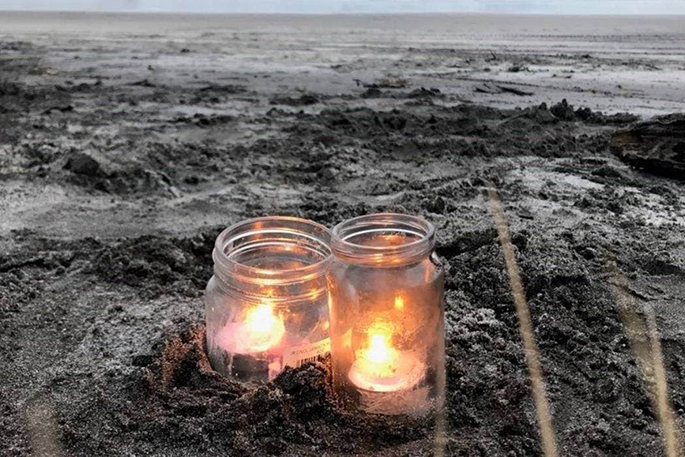 People had lit candles on the beach in memory of the victim. Photo: SHARNAE HOPE/Stuff

Witnesses have described harrowing scenes at Waihī Beach, after a shark attacked a woman while she was swimming.

Despite emergency services performing vigorous CPR on the victim, who was reported to be in her early 20s, she died at the scene.

A rahui has been placed around the area by local iwi as whānau gathered to mourn at the Waihī Beach Coastguard building on Thursday night, where the victim’s body is believed to be laying.

As Thursday night came to a close, a group of locals and holidaymakers lit candles and had drinks in memory of the victim on the beach itself.

Emergency services were called to the beach about 5.10pm on Thursday after reports of a woman being injured in the water.

Police say initial indications suggest she may have been injured by a shark.

The victim is believed to have had bite wounds to at least one of her legs, reports Stuff.

Witness Elliot Hall says a local resident told him the victim was swimming just past the waves when she started screaming.

Lifeguards were quickly at the scene, and pulled the woman out of the water.

Hall arrived when paramedics had turned up, and wondered what was going on.

He says he watched paramedics perform CPR on the woman for more than 20 minutes, as family and friends gathered around her.

Another witness, Tadhg Stopford, says a man and a woman next to the victim appeared to be in “shocked distress” as an IV went into her and vigorous CPR continued to be applied.

Despite efforts, the woman was not able to be revived.

Stopford says after the CPR stopped, the pair’s shock deepened and the man walked into the sea, where he stayed for several minutes. “I felt ... his loss,” Stopford says.

The victim’s death will be referred to the coroner.

‘ONLY A MATTER OF TIME’

Mark Wilson, a local resident, was swimming at the beach on Thursday afternoon when he was told to evacuate the water.

Wilson says he didn't realise something serious was unfolding until he witnessed a rescue helicopter land on the beach.

He says he sees sharks in the area frequently, and it was only matter of time before an incident happened.

He believed the shark involved to be a white pointer shark (great white).

About 8.30pm Thursday, Wilson and a group of others lit candles on the beach in memory of the victim, who they did not know.

“It could have been any of us, so we just thought we'd have a drink for the person involved.” 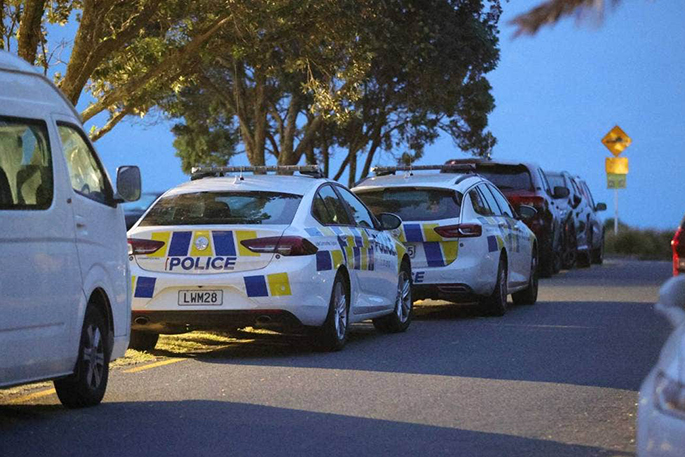 Police pictured at the scene on Thursday night. Photo: RICKY WILSON/Stuff.
-Stuff/Catrin Owen, Sharnae Hope and Andre Chumko
More on SunLive...
0 Comments
You must be logged in to make a comment. Login Now
There are no comments on this article.