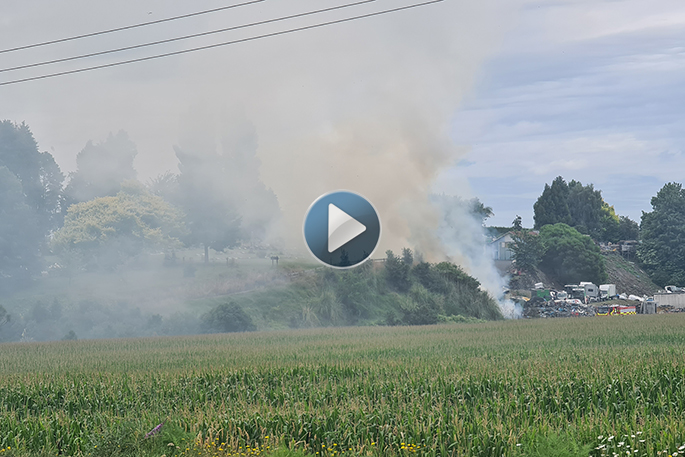 Thick smoke coming from the fire. Supplied photos and video.

UPDATE: A fire covering Te Puke in smoke has finally been extinguished with the help of two fire crews from Te Puke and Mount Maunganui.

The fire was on the side of a bank near the Te Puke cemetery and was around 20 metres by 20 metres.

Fire and Emergency New Zealand Northern Communications Shift Manager Daniel Nicholson says there was no threat to persons or property.

He says they got the callout around 1:10pm but it has now been extinguished.

Daniel says it is unclear what started the fire.

EARLIER: Firefighters are responding to a scrub fire in Te Puke.

A SunLive reader has emailed in photos of thick smoke seen billowing from the fire, which is near the Te Puke cemetery.

They say smoke covered most of Te Puke. 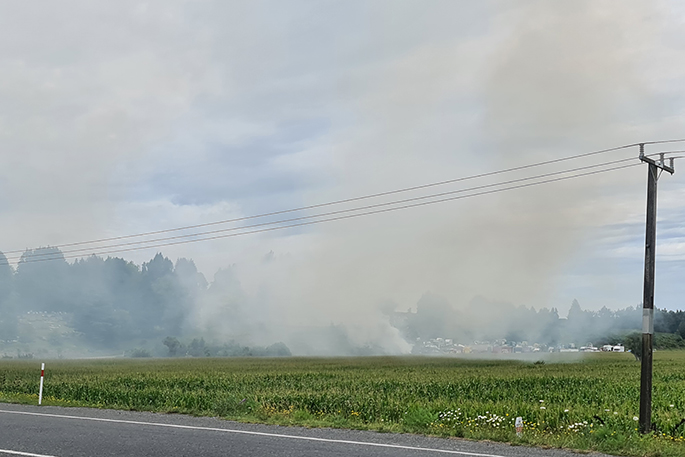 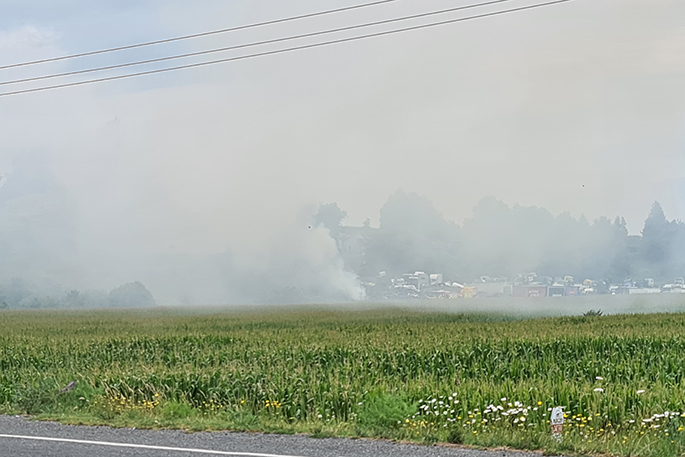 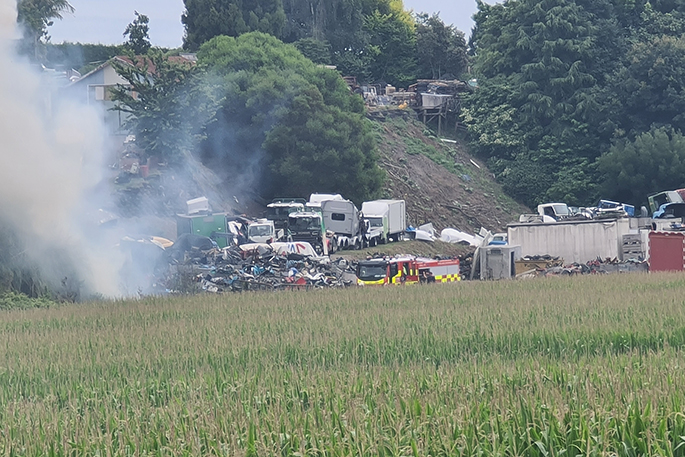