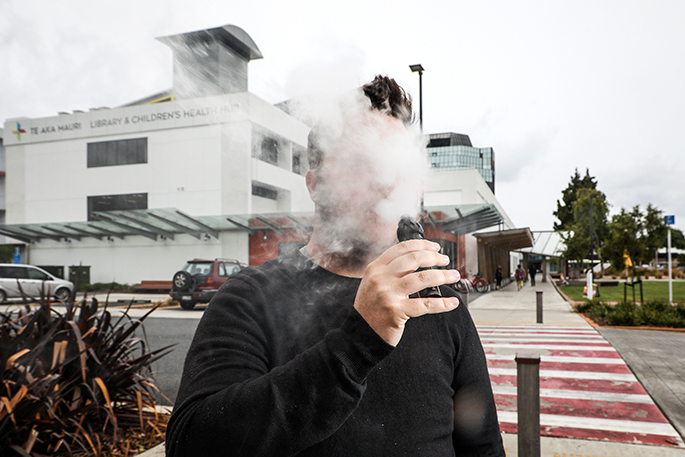 One person was banned from Rotorua's library for vaping inside, among other offences. Photo / Andrew Warner.

Vaping in the library, an “alleged over-familiar conversation” with a female staff member and aggressive behaviour were among reasons people were banned from council facilities in Rotorua in the past two years.

Nearly 82 per cent of the bans were from the Rotorua library, with the rest from either the civic centre or Te Runanga Tea House.

One ban, in August 2019, was for vaping in the library and “non-compliance to repeated requests to stop swearing, raising voice, [and] shoes on furniture”.

“[It] caused customers and staff to feel unsafe and uncomfortable,” according to the information released.

Mid-2019 saw a run of bans over three months. The first came in June for disorderly behaviour and threatening to punch a staff member.

The next month, another person was banned for disorderly behaviour, swearing and racial abuse directed at a security guard and safe city guardians.

Then in August, a person was banned for “angry and intimidating behaviour towards staff - raising voice, yelling derogatory comments”.

In January 2020, one person was banned for an “alleged over-familiar conversation with a female library staff member” and another for attempting to break into the library on a weekend.

One person had their ban from the library extended for another two years when they breached the first ban.

Rotorua Lakes Council operations manager Jocelyn Mikaere says the safety of staff and the public is the council’s “primary concern and consideration” and offensive behaviour occurred “from time to time”.

“To protect the health and safety of staff, [the] council has safety procedures and processes in place. Staff receive specialist training, we use technology such as CCTV, communication devices and phone apps to report health and safety events, and have security guards available.

“Along with [these] measures ... staff are encouraged to report any concerns to their managers and or their health and safety representative.”

Mikaere says managers in the area concerned made the decision to trespass in line with the council’s Issuing of Trespass Notices Policy - “the focus of which is to prevent harm to any person or council-controlled property or space”.

Usually this decision was made in conjunction with the police or WatchDog Security, she says.

“Although a person has no right of appeal under the Trespass Act, a trespass notice issued by [the] council can be challenged by seeking a judicial review, making a complaint to the Ombudsman or by challenging the legality of the notice.”

Asked if the drop in bans between the two years was indicative of a longer trend, Mikaere said the council was “not in a position to speculate about fluctuations”.

“However in some locations additional measures … have been implemented to help us identify and deter issues.” 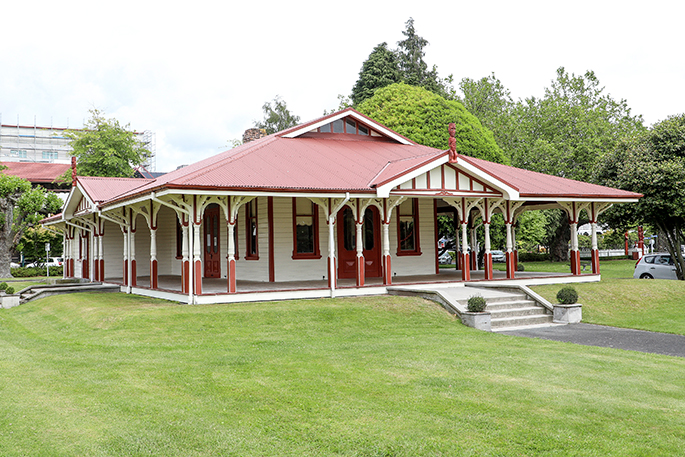 Of the 22 bans over two years, 13 did not have reasons recorded.

A council spokesperson says this is because the reason “was not recorded at the time the trespass notice was served”.

He says the behaviour usually fell into three categories: young people - sometimes in gang colours - getting into fights; drunk or drugged people; or instances of domestic violence.

He says in one instance, at the library, a young person had a knife.

Wilson believes the library’s proximity to the bus stop might account for the concentration of incidents there.

He says the incidents were a “reflection of what’s going on in the wider CBD” and, in his view, the number of violent incidents across the city were increasing.

WatchDog monitors and helps with security across a number of sites, not just council facilities.

Wilson says he is “constantly” concerned about the safety of his staff as a result and was regularly reviewing operations to ensure their wellbeing.

...how many customers frequented these facilities, so we can put the 22 into some kind of perspective?