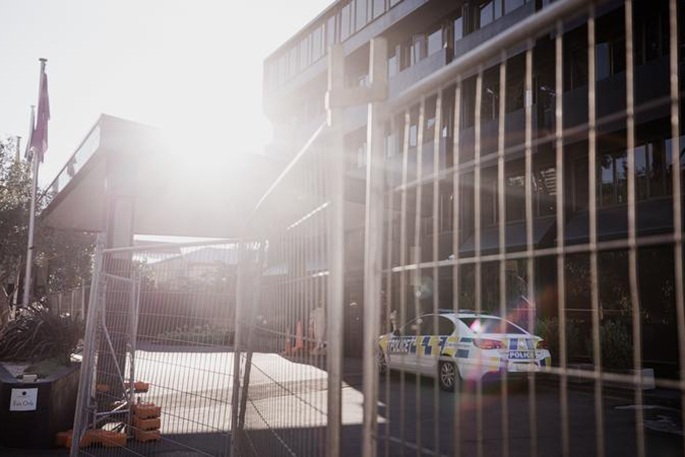 So far, six cases of the recently indentified UK variant - which is up to 70 per cent more infectious than previous strains - have been reported in MIQ.

The new variant, known as B117, has a higher reproduction - or R number - leading to an increased rate of transmission.

University of Auckland epidemiologist Rod Jackson says while other strains usually infected two to three others, the new type meant one person could infect three or four others.

"That just multiplies - those three to four people will infect three to four more. You can see it rapidly gets away from you, which is what we're seeing around the world at the moment."

The new variant isn't proving to be more deadly than previous ones, but Prof Jackson says this didn't mean it's less of a threat.

He applauds the additional measures rolled out by the government to block the virus from the country.

From January 15, anyone arriving from the UK and US will need to prove they've tested negative less than 72 hours before departing.

All of those returnees will also be tested within 24 hours of arriving back into the country and would be required to isolate until they get this test result.

But he says anyone coming from a country with community spread should have to have a rapid test at the airport before departure.

Overall, he believes there is no perfect pandemic response, but the current processes needs to be carried out with renewed vigilance in light of the new strain.

This includes the whole journey, from before someone got on a plane to fly here to the process at managed isolation facilities.

"We need to make sure we're going to do it better."

In particular, he says people need to double down on using the COVID tracer app.

She says the country's isolated location is an advantage, and allows health services to prepare before the strain made its way here.

Weston says the NZNO has consistently pushed for adequate PPE availability and a review is underway to ensure N95 masks provided protection against the new strain.

"We are reviewing whether N95 [masks] are sufficent or whether we need to be looking at something more protective depending on the infectiousness of that new strain of the virus."

E tū union's head of aviation, Savage, understood the variant was unlikely to be transmitted in any new way.

"That just means border workers and avaiation workers just have to double their efforts and be especially vigilant that all of the health and safety systems are being followed, and that there are no gaps or accidental breaches of the system itself."

Director-General of Health Ashley Bloomfield says on Sunday that those with the new type are being treated the same as those infected with other strains.

In a statement, a Ministry of Health spokesperson says the new strain presented no increased risk to the community.

A MIQ spokesperson says robust processes were in place to prevent the spread - such as stringent PPE use - and these controls were in constant review as more is learned about the virus.

There have thousands of mutations of this cold virus so far. This variant was first registered in September. It’s in 33 countries thus far. It doesn’t appear to be more contagious in most of those countries. The UK is just experiencing a wave, and what better way to get people in line by upping the scary level with a highly contagious new strain. The science is flawed. They have to find a way to get people in line and taking a vaccine, because most people are not buying into it. I guarantee that very soon we will see Sir Ash telling us it is bound to get out here, because it is very contagious of course, and that it is imperative we have the monkey vaccine. Then shortly after Sir Ash says this, it will escape MIQ, despite their best practice, because it is very contagious obviously. bs