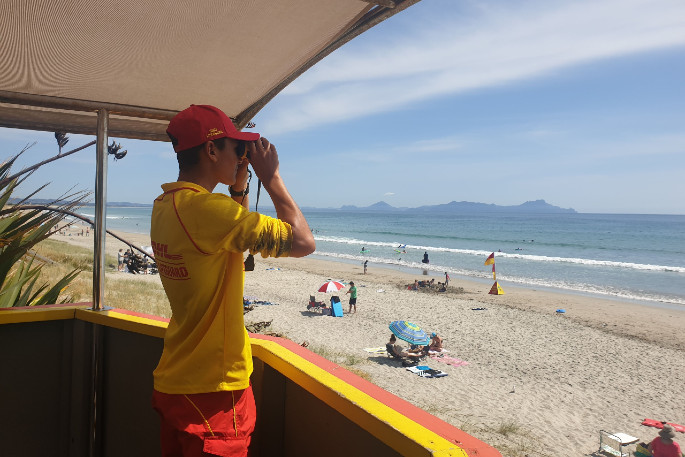 Surf Lifeguards around the country are bracing themselves for what could be the busiest lifesaving season on record as New Zealanders face a summer without the option of overseas holidays.

COVID-19 travel restrictions mean many Kiwis will be planning ‘staycations’ this summer and Surf Lifesaving New Zealand volunteer Surf Lifeguards are encouraging beachgoers to familiarise themselves with key safety messages.

SLSNZ chief executive Paul Dalton says the charity’s volunteer Surf Lifeguards are passionate, highly-skilled individuals who pride themselves on keeping people safe at the beach. However, he cautions that it’s not possible for Surf Lifeguards to be everywhere at once.

“Our Surf Lifeguards do an extraordinary job – they conduct hundreds of rescues and perform thousands of preventative actions on our beaches every year,” says Paul.

“However, we’re anticipating this summer to be incredibly busy.

“We’re asking New Zealanders to do their part by choosing to go to lifeguarded beaches and always swim between the red and yellow flags.”

Paul says several recent incidents have involved people climbing on or fishing from rocks, and that it’s important for people to exercise caution even if they’re just exploring the coastline. Anyone fishing from the rocks should wear a lifejacket.

“If you see someone in trouble in the water, remember to call 111 and ask for the police – they have a direct line to Surf Lifesaving.

“Our volunteer Surf Lifeguards play a vital role in the communities they serve. We want everyone who visits the beach this summer to make it home to their loved ones at the end of the day.”

Surf Lifeguards patrol more than 90 locations throughout Aotearoa at the peak of summer.

Labour weekend marked the official start of Patrol Season for many sites, including popular beaches in the Coromandel and Bay of Plenty.

Additional patrols will roll out later in the season as warmer weather sets in.

Paul says one of the best ways that beachgoers can support Surf Lifeguards over the busy season is by familiarising themselves with the key safety messages, which include the three ‘R’s of rip survival: relax and float to conserve energy, raise your hand to signal for help and ride the rip until it stops.