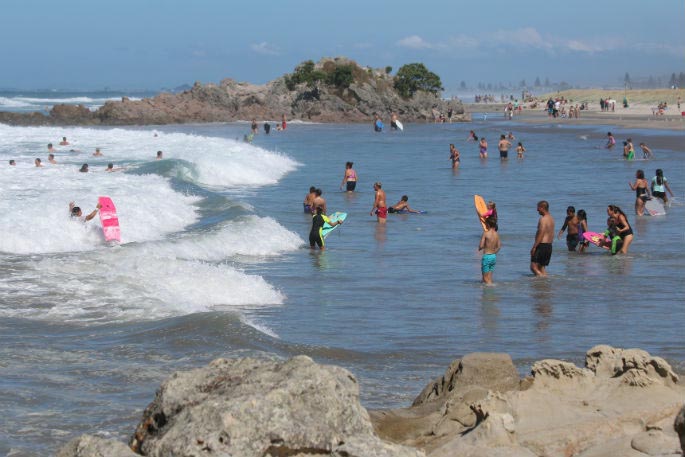 More than a million New Zealanders think their lives will be better in the coming year.

New research finds 31 per cent of adults (around 1,114,500 people) think their lives will be better.

Horizon Research, which provides the results from a December 2020 survey of 1595 adults nationwide, says Kiwis are feeling more positive overall, compared with the poorer financial position many say their households experienced in the past year.

Some 1,144,000 million adults (33 per cent) say their households became financially worse off in the past year, while 16 per cent say they were better off.

Now, looking to the coming year the numbers “flip”, with 31 per cent expecting their lives will be better. 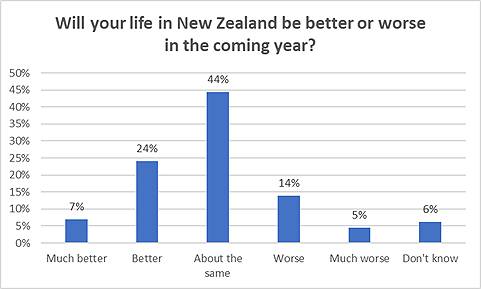 The regions in which the largest numbers say their households’ finances had worsened in the past year have the highest numbers saying their lives will be better this year:

Hopes for better lives are highest in Northland at 45 per cent (compared with 31 per cent nationwide), Canterbury 37 per cent, and Auckland 32 per cent.

“Where they feel hardest hit financially, they also feel most optimistic about their lives becoming better, rather than worse, in the coming year,” Horizon’s Principal, Graeme Colman says. 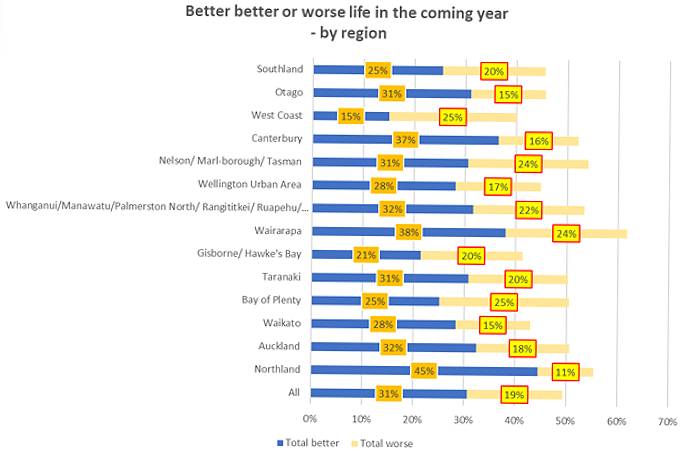 Among technical, mechanical and skilled workers 42 per cent think their lives will be better and 34 per cent of business managers, proprietors and self-employed are feeling more positive than adults overall.

Horizon says there has also been a surge in optimism about the year ahead among those living in households with extended families, or ones with single parents with one or two children at home. These households most report worsening household finances over the past year.

However, among those single-parent households with three or more children at home the coming year still looks bleak: 32 per cent expect their lives will be worse, 21 per cent better.

The most optimistic are those flatting or boarding and not living at home: 47 per cent say their lives will be better, 14 per cent worse. 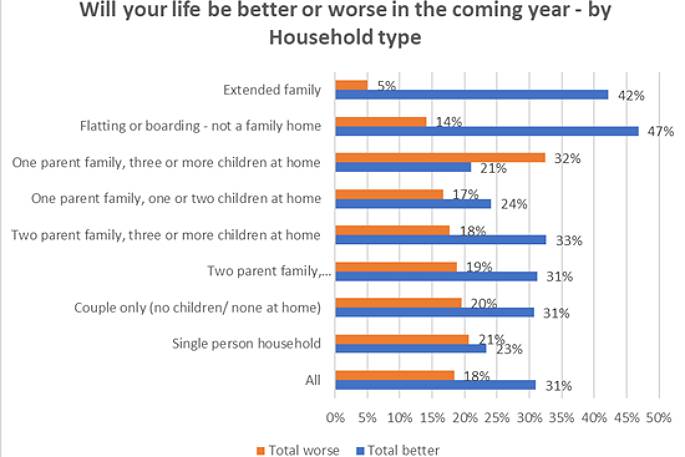 Data is from a December 2020 Horizon survey of 1595 adults nationwide, representing the 18+ population at the last census.

At a 95 per cent confidence level, the maximum margin of error on the overall sample is +/- 2.5 per cent, says Horizon.