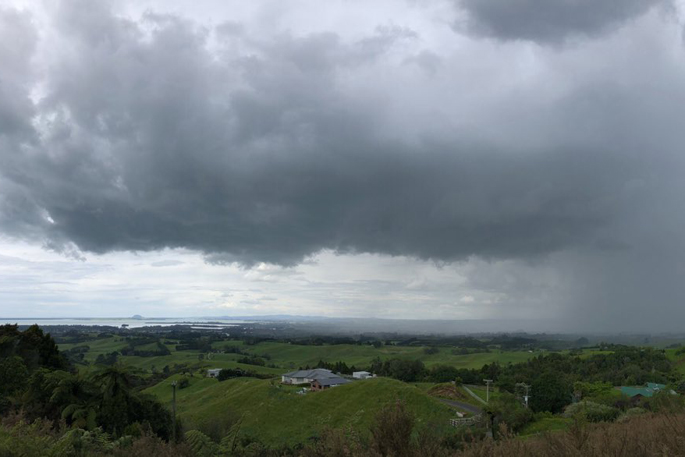 Thunderstorms are being forecast for the Bay of Plenty, including Rotorua.

A severe weather watch is place for possible thunderstorms and hail in the Bay of Plenty today.

The combination of another warm humid day with light winds will allow cloud build-ups to produce scattered thunderstorms about the central North Island again this afternoon and evening, says a spokesperson for the MetService.

"These thunderstorms will be accompanied by localised heavy rain and possibly small hail."

About eastern Waikato, inland Bay of Plenty (including Rotorua), Taupo and inland parts of Gisborne and northern Hawke's Bay, some of the thunderstorms may be severe between about 2pm and 10pm today with localised downpours of 25-40mm/h.