Keeping a watch out for thunderstorms today 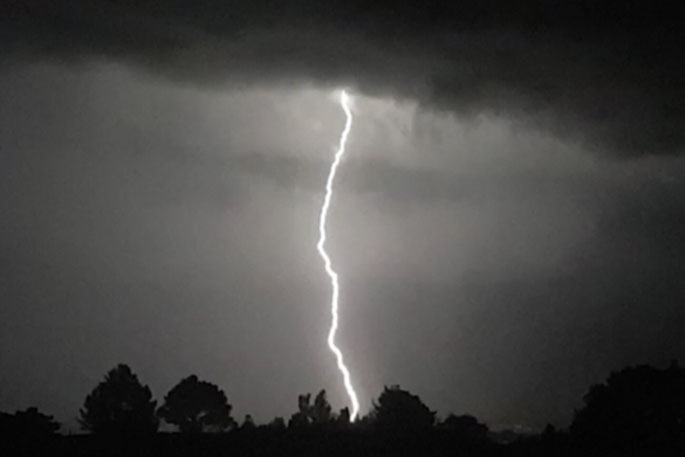 A thunderstorm watch has been issued by the MetService. Photo: Gemma Welten

“These thunderstorms are expected to be accompanied by torrential rain.”

Torrential rain can cause surface and/or flash flooding about streams, gullies and urban areas, and make driving conditions extremely hazardous.

The National Emergency Management Agency advises that as storms approach people should prepare by doing the following:

- Take shelter, preferably indoors away from windows
- Avoid sheltering under trees, if outside
- Get back to land, if outdoors on the water
- Move cars under cover or away from trees
- Secure any loose objects around your property
- Check that drains and gutters are clear
- Be ready to slow down or stop, if driving

During and after the storm, people should also beware of fallen trees and power lines, and avoid streams and drains as they may be swept away in flash flooding.