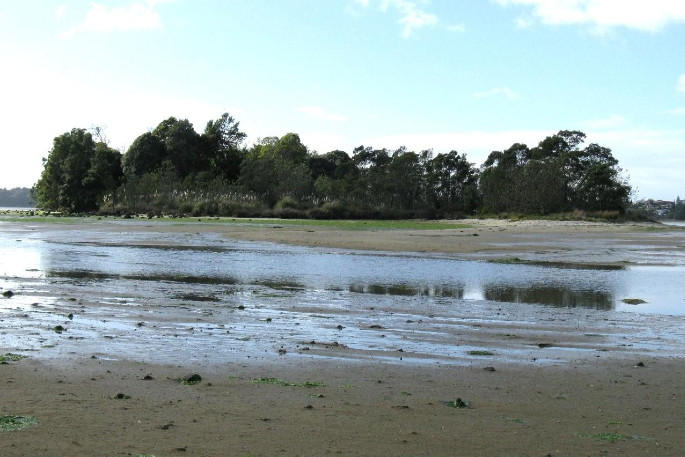 1.30pm update: Fire Emergency NZ are at the scene of a fire on Rat Island in the Tauranga harbour.

“We have attended a small fire that is smouldering,” says FENZ shift manager Daniel Nicholson. “We have a small crew on scene extinguishing the fire with small hand tools and firefighting equipment.

Rat Island is the commonly known name for Motuopuhi which is the island lying close to Turret Rd and can be seen every day by commuters crossing to Maungatapu and from Hairini.

FENZ were alerted to the fire at 11am.

“The Coastguard have been helping with transporting some equipment across,” says Nicholson.

High tide for Tauranga was around 10.30am, so fire crew were unable to walk across the mud flats usually experienced at low tide.

“The fire isn’t out yet and the fire crew is still there working on extinguishing it.”

Nicholson says that they don’t know how the fire began.

Earlier 1.15pm There are reports of a fire on Motuopuhi Island, commonly known as Rat Island.

A SunLive reader and nearby resident says the island, located in the Waimapu Estuary out from Turret Rd near the Hairini Bridge, is on fire.

"The fire service are putting the fire out and the coastguard is helping them," says the SunLive reader.

"But the coastguard boat seems to be stuck. They are all out in their gumboots giving the boat a push."