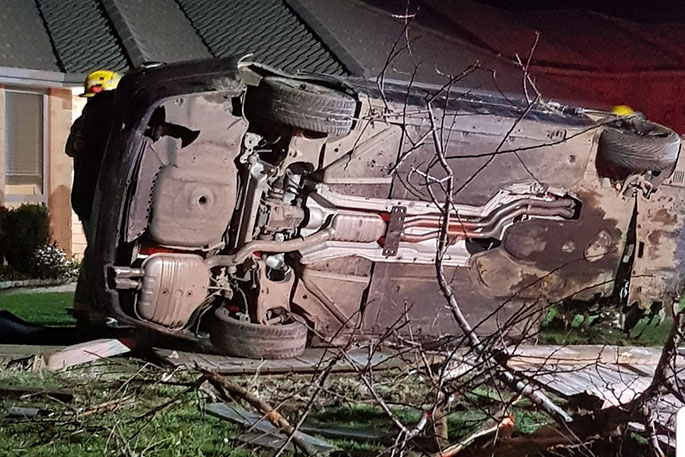 The road toll for 2020 topped 300 deaths for the sixth straight year, with may of the crashes happening in older and unsafe cars

New steps are being considered by the Goverment to force hundreds of thousands of less safe cars off New Zealand’s roads, including making it more expensive to bring them into the country.

Documents obtained under the Official Information Act show Waka Kotahi NZ Transport Agency is assessing a range of measures to wean the country of its reliance on a car with poor safety ratings, which are disproportionately implicated in deadly and injurious crashes.

These include placing large tariffs on the import of cars that have a safety rating of less than three stars and offering ex-rental vehicles to low income families driving old dungers.

It comes as the final road toll for 2020 of 320 deaths was described as “sad and dissapointing”, virtually unchanged from 2019 after the effect of the Covid-19 lockdown is taken into account.

Mike Noon, of the Automobile Association, said New Zealand needed to take a serious look at the number of unsafe older vehicles being imported.

“A lot of cars that we’re buying from Japan, we don't have a lot of competition for, because no one else wants them."

Mike says he wants the Government to adopt a whole fleet strategy to reduce the number of unsafe vehicles on the road.

‘We need to think about what we want the fleet to look like in five, 10, 20 years because everything we bring in today will be with us for the next 20 years. Our fleet is ageing, and the safety features just aren't there on the older cars, which means ou have a much higher risk of being injured in a crash,” says Mike.

In the five years to the end of 2019, more than half of all drivers involved in a deadly or severely injurious crashes were driving a less safe care. This is despite these vehicles making up just 41 per cent of vehicles on the road.

These less safe cars were also less like to have a Warrant of Fitness, with 64 per cent of all vehicles without a warrant being deemed less safe.

The Government has previously floated the banning all imports of 1 and 2 star vehicles, which would have blocked some of New Zealand’s most popular models, including the Mazda Demio, and all pre-2016 Suzuki Swifts.

However, documents show this idea seems to have been dropped in favour of approaches, such as higher tariffs and more education.

A Waka Kotahi spokesperson says the agency was focused on changes which would not need to go through parliament.

“The ideas were gathered from a number of sources who were asked to ‘think outside the square’. The board wanted to consider initiatives that could be initiated directly by Waka Kotahi without requiring legislative or regulatory change,” says a Waka Kotahi spokesman.

The agency is also considering a three-year pilot test to replace vehicles in low-income households with ex-rentals. The proposed vehicle social leasing scheme would target people who may be at risk of financial stress due to car loans, maintenance costs, or high running costs, as well as reduced access to safe and clean vehicles.

Several policy changes are also being considered to ensure vehicles sold to scrapyards must be dismantled, rather than repaired and put back on the road.

The average age of a car in New Zealand is 14.5 years, one of the oldest in the OECD.

@Walbuck - Safest = The car manufacturer that pays govt for the privilege’s oc.

Caveman and Wallbuck and others are spot on. But take this one step further NZTA display a complete ignorance or desire to research the facts or do they only note facts that suit their need for the public to think they know what they are doing? They brought in longer WOF check periods, they allow dumb intersections and roundabouts and driveways off highways and now lowering speed limits to discourage people to use the roads. The road toll per thousand car is lower then 40 years ago what’s the problem?

Caveman and Walbuck, you are both bang on the money. Trouble Police and NZTA don’t do the obvious. They would rather act on inquiries and high paid consultants reports.

How about the NZTA get into line with the Police, and put licence plate recognition cameras on ALL police cars. AND when a vehicle is ID without REGO OR WOF, the Police stop the vehicle and impound it ON THE SPOT – simple no Wof or Rego, implies the vehicle is probably UN-ROADWORTHY !! (I would also suggest that a BIG number of the drivers of such vehicles, will probably NOT have a current drivers licence OR insurance!). The un-roadworthy vehicles would be OFF the roads and the drivers of the same vehicles would no longer have the vehicle. Works VERY well in Aussie !!

How do you determine what car is safe, A well balanced good handling small car with excellent braking and maneuverability and acceleration is often safer in the real world than a heavy SUV that can’t stop quickly or circumvent a hazard - so is more likely to crash and or roll-over Crash tests are only one factor

There are plenty of idiots out there with cars with no régo, no warrant, and probably no insurance. We don’t care to police this. So what happens if a new car crashes into an old car. Bla me the old car because of its age. I think NZTA look at statistics and spreadsheets and not the real issues.

And there is no way anyone is going to be separated from facebook.

I have an old car.

Bought it in the UK in 1991. I am emotionally attached to it, keep it regularly serviced and WOFfed, and I drive carefully, with a clean licence I obtained on my first try when I was 15. (I also have a defensive driving certificate and rallyed in my youth...) So, I am now to be penalized because my perfectly safe vehicle is "old"? By all means, don’t import less safe vehicles, but what about spending some money on educating some of the idiots who drive the "safe" cars?

It’s another sad outcome. Roads are ready unsafe but the attitudes of drivers and driving skill is a problem. Because speed is 100kph doesn’t mean it’s safe to travel that speed in any conditions or on some roads. Having a road roadworthy vehicle is what this is about Johnney not the roads . Sadly 4 wheel drive gas guzzler cars are probably safer but mostly its poor driving . Sadly it’s true that it is about people buying cheaper cars because that’s all they can afford. Maybe also about out poor decisions on not having a roadworthy car with a warrant of fitness or even a licence. If you have an old car it’s about roadworthiness and respecting its limits. So many times I have old cars overtaken at speed and in poor road and weather conditions, it makes me shudder to see some driving

Just make them illegal to import! Tarriffs and taxes create an incongruence and conflict of interest.

So there’s no mention of unsafe roads and poor driving decisions. This goes in hand with “Child Poverty”, not “Poor Parenting”. Why don’t they have tariffs on gas guzzling V8 Four Wheel Drives”. Not only wood it increase government revenue, but maybe reduce our carbon footprint.

So there’s no mention of unsafe roads and poor driving decisions. This goes in hand with “Child Poverty”, not “Poor Parenting”. Why don’t they have tariffs on gas guzzling V8 Four Wheel Drives”. Not only wood it increase government revenue, but maybe reduce our carbon footprint.