Tauranga races to start with nuptials 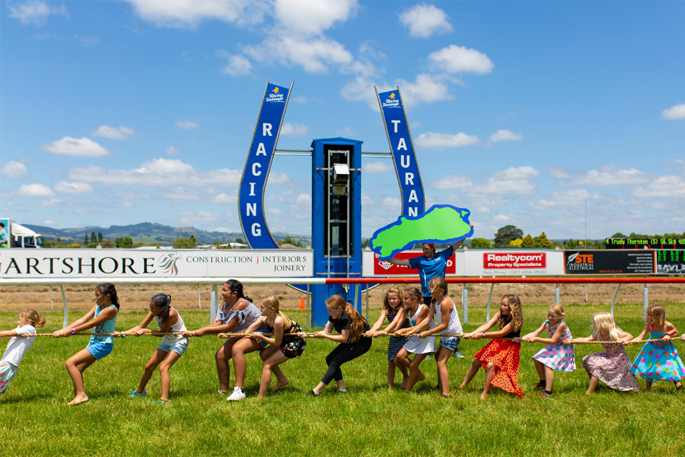 Children can enjoy tug of war at the races tomorrow. Supplied images.

A Bay of Plenty couple are set for a flying start by tying the knot at the Tauranga races tomorrow.

Walt Cavendish and Courtney Ashton are getting married on course before the first race, and then having their friends and family join them for a day of racing.

Both admit to being racing fans and thought it would be a great way to spend their big day.

As well as wedding revellers, a big crowd is expected at The New World Summer race day . Eight races will be staged with the first race starting at 12.45pm.

The annual summer race day has plenty of children’s entertainment  with active games, face painting, along with sack races, tugs of war , and Summer the horse will be giving out lollies for the kids

On the track, the feature race The Mount New World open handicap, over 1400 meters will  more than likely see the classy mare Romantic Lady start as favourite.

The Jamie Richards trained mare has recorded four wins and four second places from 11 starts but the top weight Communique has only been unplaced twice from 13 starts and has also recorded four wins, whilst locally trained Come Back Tiger will start the race as the outsider, but both wins have come at 1400 meters and he will weigh in 10 kilos lighter than the top weight.

The track was is sitting at a Dead 6, having been irrigated this week, and the rale is out 5 metres

The 8 race programme will wind up just before 5pm. 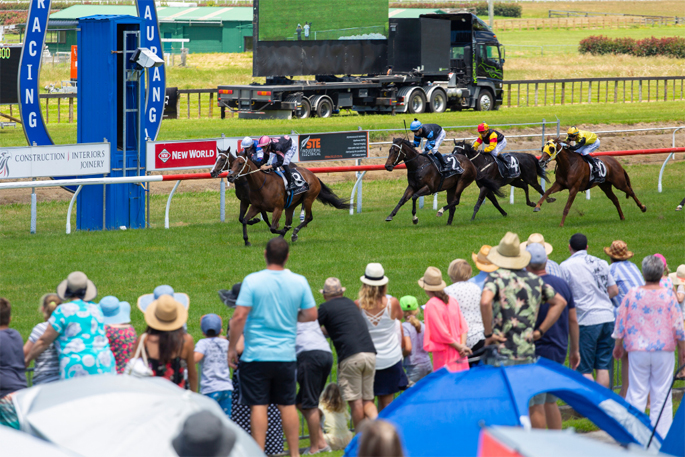 Last at the 1000 meters and struggling to find running room in the straight, Jockey Johnathon Riddell managed to find free air and stormed home to win over the last few metres. That was its third win on the trot and has now recorded three wins from four starts.