Weather forecast for the long weekend 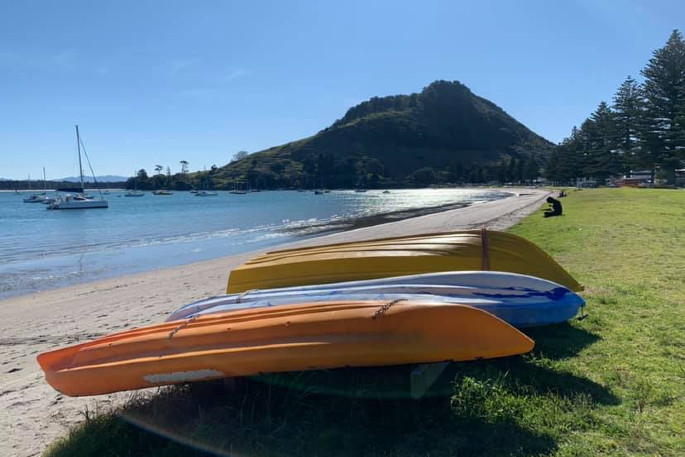 Fine weather is expected on New Year's Day but showers will develop over the weekend. File image/SunLive.

The outlook for New Year’s Eve revellers is for mostly fine weather at midnight, with generally light winds and temperatures in the mid-teens.

MetService meteorologist Andy Best says they advise people to wrap up warm if it’s going to be a long night.

However, over the South Island, south of about Oamaru, people should prepare for rainy conditions as a stationary front tied to an area of low pressure lies draped across Southland, he says.

A mostly fine New Year’s Day for the North Island is forecasted, with temperatures close to average for this time of year. Expect 26c in Whangarei, Tauranga 24c, Gisborne 23c and Wellington 19c.

Cloud and a few showers spread south over Northland from Friday evening, and isolated showers develop across the ranges of Gisborne and Hawkes Bay in the afternoon and evening. Some cloudy periods for the top half of the South Island, but showers developing in the evening in Westland and Buller as well as across Canterbury.

The rain in the south sets in during Friday, and spreads as far north as Ashburton by late evening, with a few thunderstorms possible from afternoon about the Canterbury foothills. Nelson should rise to 20C, Blenheim to 25C, Christchurch 21C, Dunedin 18C, Queenstown 18C and Invercargill 16C.

There is a Severe Weather Watch in force for heavy rain for eastern parts of Otago for tomorrow through to Sunday, and a possibility that the watch will be upgraded to a warning as heavier rain is likely on Saturday.

The low pressure area over the south of the country becomes dominant during Saturday and Sunday, with fronts and troughs tied to the low.

On Saturday Tauranga can expect occasional showers in the morning that become heavier in the afternoon with a high of 24c and low of 16c.

Temperatures in the upper atmosphere cool down significantly bringing unsettled conditions to most South Island areas, although Nelson and Marlborough should stay fine. Unstable conditions affect the North Island on Saturday with occasional showers spreading from the west in the morning, but Hawkes Bay and Gisborne stay fine. The showers clear the southern half of the island Saturday afternoon.

On Sunday, showers for most of the North Island, possibly thundery in the afternoon in the north and east, once again clearing to fine weather in the south in the evening. For Tauranga showers will be more frequent with the possibility of heavy rain and thunder in the afternoon and a high of 23c and low of 17c.

The South Island sees rain in the south and west, but fine elsewhere, apart from afternoon showers about the ranges.

The possibility of afternoon and evening thunderstorms continues over much of the central and upper North Island on Monday, although southern areas stay fine.

If will be fine at first in Tauranga on Monday with a few showers developing late morning, these could become heavy and thundering in the afternoon. A high of 24c and low of 16 is expected.

Becoming less unsettled over the South Island as the low pressure area moves away to the southeast leaving showers over the west and south of the Island but mostly fine weather elsewhere.