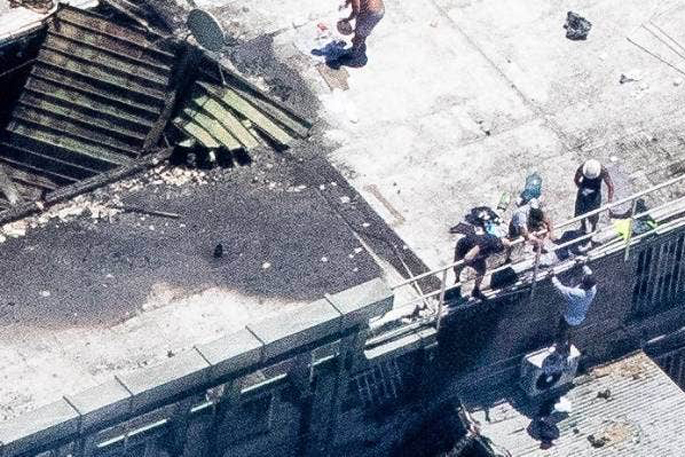 Prisoners can be seen on the roof of a unit at Waikeria Prison following riots which began on Tuesday. Dominico Zapata/Stuff.

A group of 17 prisoners remain in control of a section of Waikeria Prison as a riot at the facility enters its third day.

Department of Corrections confirmed on Thursday morning that nothing at the Waikato prison had changed overnight.

The prison remains in lockdown as a tense stand-off with 17 prisoners continues.

A Department of Corrections spokesperson says Fire and Emergency NZ, Police and St John remain at the prison and are working with Corrections staff.

“The situation remains unchanged overnight, so there’s no update,” says the spokesperson.

“If there are any significant changes we will give an update, but currently it remains the same.”

The first images of the prison, taken from the air, show the destruction left by the inmates who rebelled and started lighting fires on Tuesday afternoon.

Rows upon row of roofs have collapsed, with the inside of the majority of the buildings in the facility gutted and charred. 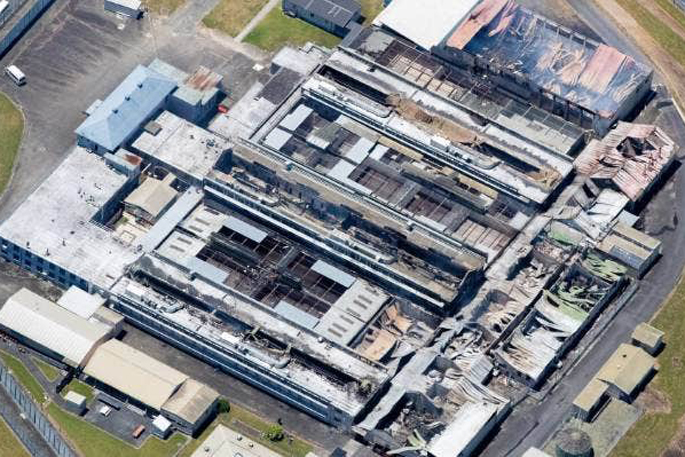 Major structural damage to Waikeria Prison after a fire was lit by prisoners. Some of who remain on the roof of the prison. Dominico Zapata/Stuff.

It’s believed the riot is a stand against the conditions the inmates say they have experienced at Waikeria over the last year.

The unrest kicked-off around 2pm on Tuesday when fires were lit in the ‘top jail’ facility in an exercise yard.

Prisoners had been lighting mattresses on fire, Department of Corrections has said.

The top jail facility is one of the oldest parts of the prison, being built in 1911, and was due to be replaced by a new facility scheduled to open in 2022.

A Department of Corrections spokesperson says that while the condition of the building still needed to be assessed, it was unlikely prisoners could be held there again.

It is stated that their is absolutely no risk to public safety. Quit giving them media soapbox time, quit ridiculous negotiating, quit them. Just leave them up there. No food, no water, no thing. It’s not inhumane as they put themselves up there. Totally ignore them. Save the expense. When they finally come down . . . $1 spent on each of them instead of a life time of us all paying for their criminal behavior. These poor darlings have it so tough compared to their victims . . .

It’s ironic that they behave like animals when they are free, yet demand to be treated like humans when locked up. They are scum that would not blink an eye in their animalistic behaviour towards others. They strut about acting all tough but now they whine about not having cotton sheets. Diddums. I’ve stayed in worse camping grounds. They should try prisons in parts of Asia or Central/South America. Giving them the vote just heightened their sense of entitlement. Cindy and Co will probably release them real soon and give them a house.

so the poor inmates dont like the conditions. im sure their victims didnt like their actions either. if they didnt commit the crimes they wouldnt be there. sorry cant feel sorry for them at all

Why didn’t the prison officers order a helicopter with a monsoon bucket and give them all a good soaking. They wouldn’t have spent the cold night on the roof all wet. Throw all the offenders into one cell. No appreciation of us taxpayers funding their holiday in prison.

cut off all food and drinks and turn the hoses on them. oh sorry cant do that. might infringe their rights