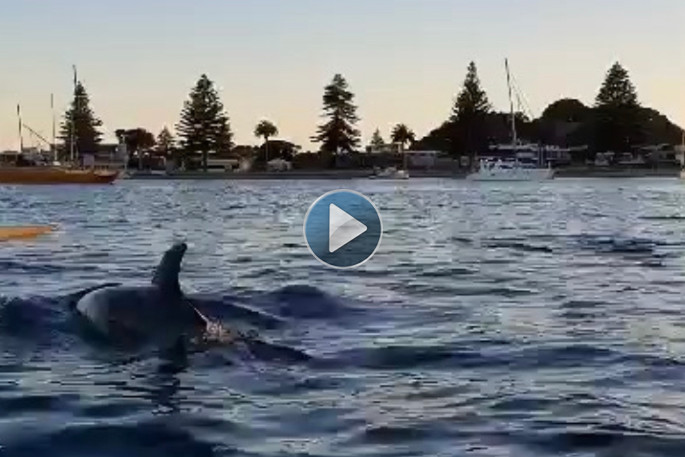 The pod of dolphins were spotted in Pilot Bay by cyclists out for an early morning pedal. Photos/Video: Hiria Rolleston and Rosalie Liddle Crawford

Local Mount residents Ethan and Natasha Thomson were out cycling leisurely around Mount Maunganui this morning, waiting for their favourite One Tree Bakery to open, when they noticed a large pod of dolphins leaping in Pilot Bay.

“We came straight down to the Mount, around [Adams Ave] and back up [along The Mall],” says Natasha.

“We spotted them about quarter to six,” says Ethan.

They had phoned me, so of course I couldn't miss this, leaving behind a hot coffee on the bench at home, skipping sunrise over at the ocean-side beach, and joining them instead in Pilot Bay.

Ethan and Natasha watched for a while from the boardwalk near the carpark opposite Grace Ave as the dolphins leapt and swam about by the boats moored in Pilot Bay, before eventually pedalling on to find their coffees. 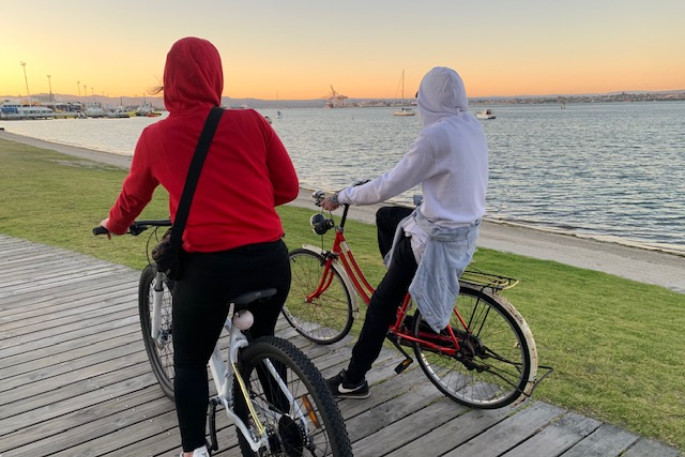 Natasha and Ethan Thomson watch the display from the Pilot Bay boardwalk.

Local paddler Hiria Rolleston came down around 6am to take her waka out, and was delighted to see what was happening out on the water.

“It’s our usual training time and this morning we were blessed with their presence,” says Hiria.

“We should be training but how can one?”

Dolphins are social mammals that interact with one another, swim together, protect each other, and hunt for food as a team. Sitting quietly in a waka watching them is surely one of the delights of living amongst a marine environment. 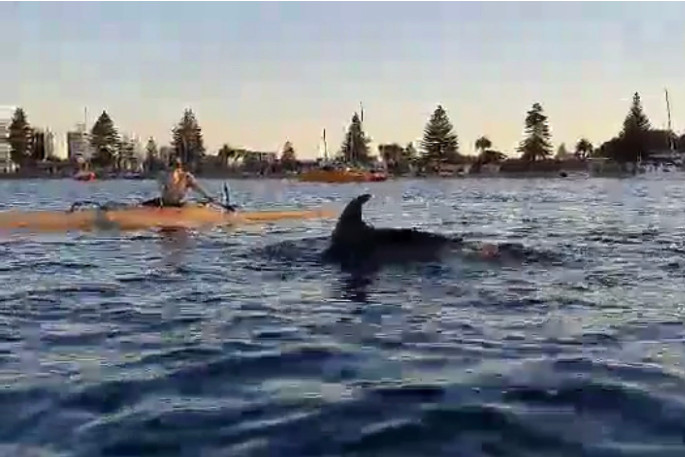 Screenshot from the video of dolphins leaping in Pilot Bay.

Ngawai Ormsby joined her on the water in her own waka, followed soon after by Toby Lerew. Feeling a bit envious I decided to put 'waka' on my '2021 must have' list. How could I not?

The sight of the dolphins in Pilot Bay is not a common one so the trio were in no hurry to get on with their training, being content to mostly sit and watch the display and paddle carefully from a safe distance as the dolphins moved back and forth across about 200 metres. A few ‘wahooo’s could be heard from shore.

“There’s been a lot of fish lately,” says Hiria. “The dolphins are chasing those teeny ones. I could even hear them when I was sitting amongst them.” 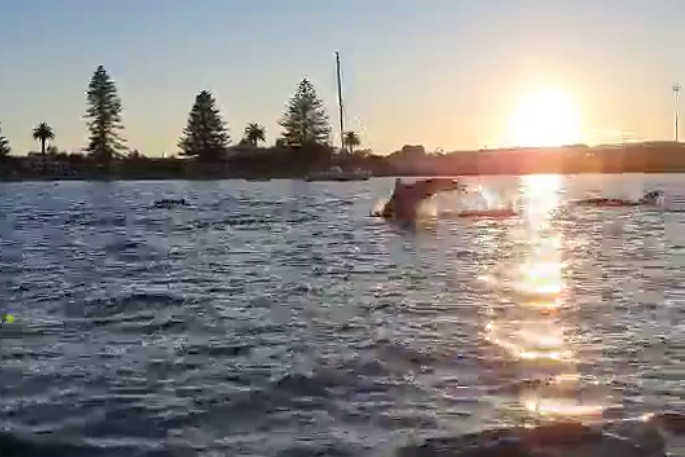 Screenshot from the video of dolphins leaping in Pilot Bay.

As the sun came up over the bay, there was a sense of peace and tranquillity that comes from being on the water in a waka at dawn. With dolphins playing.

I headed on to find a fresh coffee at Natasha's favourite bakery. Hiria was right - it's a perfect start to one of the last days of the year. Definitely a great way to end the year. 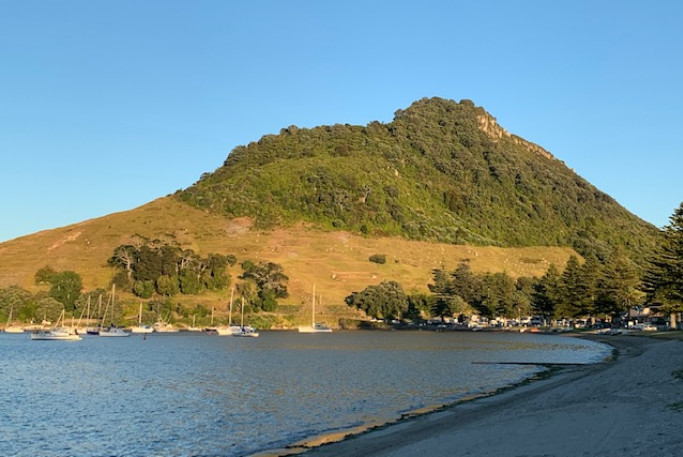