BOP jetskiers to be targeted by speed radar 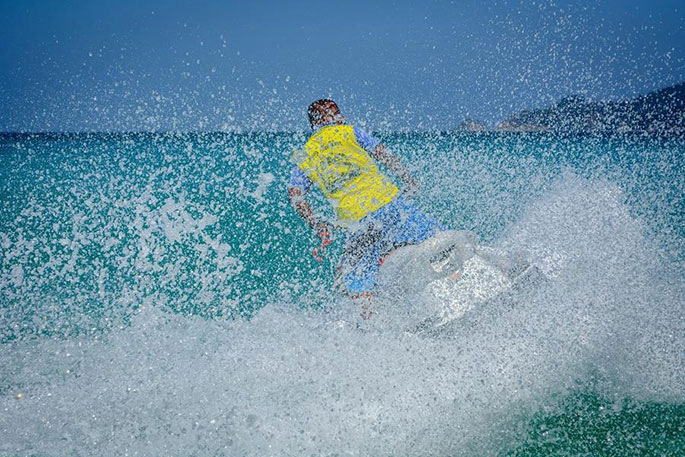 Jetskiers breaking the rules in the Bay of Plenty this summer will be targeted by speed radar.

Over 2000 jetskis are registered in the region and many others are expected over the holiday period.

Jetskiers risk a $200 fine if they break the rules, which includes a maximum of five knots within 200 metres of shore, a structure or dive flag.

The five-knot rule also applies within 50 metres of another boat, raft or person in the water.

He says jetskiers need to slow down and reduce the risk of crashing into boats or hitting swimmers.

''A lot of jetskiers are coming from other regions and they are not familiar with our speed zones or the rules and a large number of users are youngsters and they are, you know, more spirited and so they tend to ignore rules.''

A jetski can only be driven by someone over the age of 15.

''We are hoping when people see a Bay of Plenty marine patrol boat and there is someone holding a camera they will slow down and probably save themselves from having an accident or injuring somebody.''

Jon Jon says issuing a fine is a last resort.

''We don't like to do that. We try to educate them and we have done that for the last few summers but this summer we are going to be a little more harder," says Jon Jon.

''When we see someone speeding or think [someone] is speeding we will stop them and ask them and if they are not from here and they have the right attitude we just give them a warning but if they appear to be aggressive or maybe a repeat offender, then of course they have infringed.''

The speed camera will be used both on the sea and lakes within the Bay of Plenty.

look at me look at me arnt i being stupid on this thing. how can i make more noise

Why are they just targeting jetskiers? Many jetskis are bought by families these days as an affordable way of having fun on the water with the family and most riders obey the rules. There are plenty of other boaties who break the rules but are they not to be targeted so they are ok to speed? The days of just bogans buying jetskis are well behind us and people need to stop stereotyping jetski riders

not too many riders out there obey the 5 knot rule.they are worse the drivers on the road