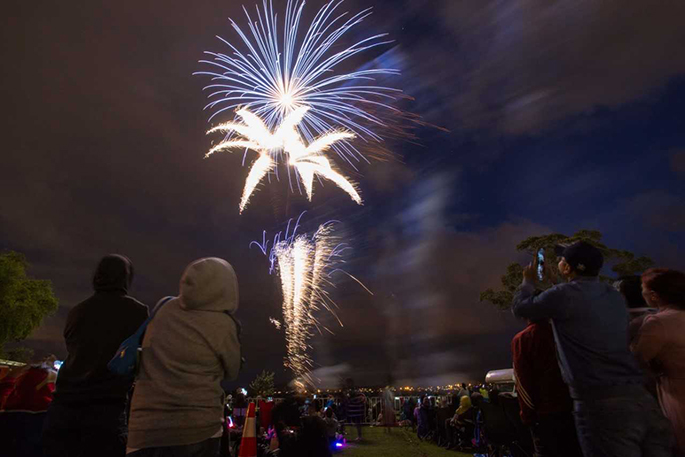 As the year draws to a close the weather is set to bring a few more curve balls around New Year’s Eve.

The MetService is forecasting mainly fine weather today but some southern areas look to ring in the New Year with some rain.

Temperatures which have been below average for this time of year should start recovering during today and tomorrow as a front and associated low pressure move onto the west coast of the South Island.

“The fine weather and the lack of southerly winds over the lower South Island means Alexandra is forecast to reach 28 Celsius today, and areas in Southland will be 4-5 Celsius above their average for this time of year at 23 Celsius,” says MetService meteorologist Kyle Lee.

“As we approach New Year’s Eve, the North Island will be on an improving trend, although showers linger in eastern areas.

“The incoming front and associated low-pressure will bring increased shower activity over the South Island on Wednesday and particularly on Thursday as we lead into the New Year,” says Kyle.

“Increased moisture at the surface and daytime heating will mean convective showers are expected over inland South Island during Thursday.”

For anyone who is planning to bring in the New Year watching fireworks displays, the lack of winds should spell good news.

However, the MetService is forecasting rain for the lower South Island as well as isolated showers along the West Coast.

The upper South Island, including Nelson as well as the coastal Canterbury region should remain dry but there could be high cloud over Christchurch city.

Much of the North Island is expected to have settled weather, with a few showers expected in the east, with major cities Wellington and Auckland remaining fine.