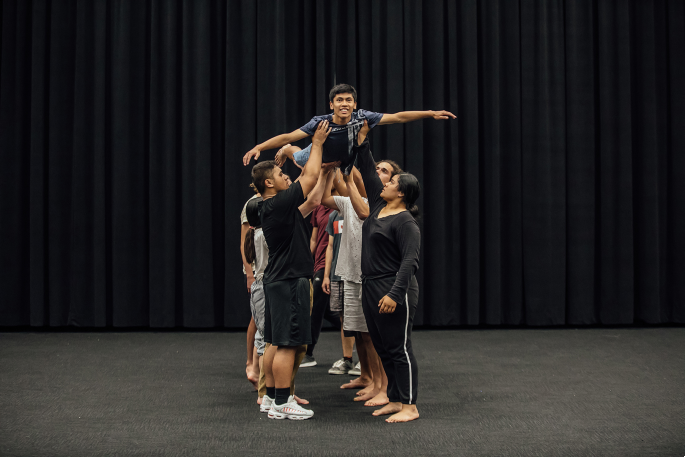 Young people aged 15-25 have the opportunity to train with Massive Theatre Company at Baycourt during the holidays. Photo: Supplied

Young people from across Tauranga have an amazing opportunity to spend a week working with a team of experienced professional performers and directors, as Baycourt Community and Arts centre brings Massive Theatre Company back to the Bay for a week of free workshops in January.

The Tauranga workshops will be led by three experienced tutors from Massive Company, who have worked in theatre, film and television.

Wesley Dowdell joined Massive Company at the age of 17, and has performed in many productions, including “The Sons of Charlie Paora” which toured to the Royal Court Theatre in London, ‘Whero’s New Net’ and ‘Havoc in the Garden’. Wesley is a familiar face on television, where his work has included ‘Outrageous Fortune’, ‘Westside’, ‘Funny Girls’ and ‘The Brokenwood mysteries’.

Scotty Cotter has been part of Massive Company since 2006, as an actor, tutor and director. Scotty’s work with the company has taken him to Manchester ‘Up Close Out Loud’ 2006, and to Liverpool in 2008 as part of the “Contacting the world” festival. Scotty has performed on stage in shows such as ‘The Brave’ and ‘The Wholehearted’, and recently co-directed Massive’s emerging artist show for the 2020 Auckland festival, ‘Babble’. Scotty’s television and film work includes ‘Shortland Street’, ‘Find me a Maori Bride’, ‘The Sounds’ and ‘Aroha Bridge’.

Celeste De Freitas joined Massive in 2016 and has performed in their emerging artist shows ‘Sightings’ and ‘Chance to Ignite’. Celeste’s work on stage includes a season with the Pop-Up-Globe theatre company, and a lead role in the Young and Hungry festival show ‘I am Maori’, directed by Nancy Brunning.

“We work physically, but it doesn’t matter if you’re fit or not,” says Massive Company’s Artistic Director, Sam Scott. “We’re all about finding what works for the individual, and what you enjoy the most. We love to work with the connection and ‘game’ between actors- this is fundamental to all our theatre making. You will get to make theatre pieces with others, you’ll work in pairs and groups to make theatre that excites and is great to watch.” 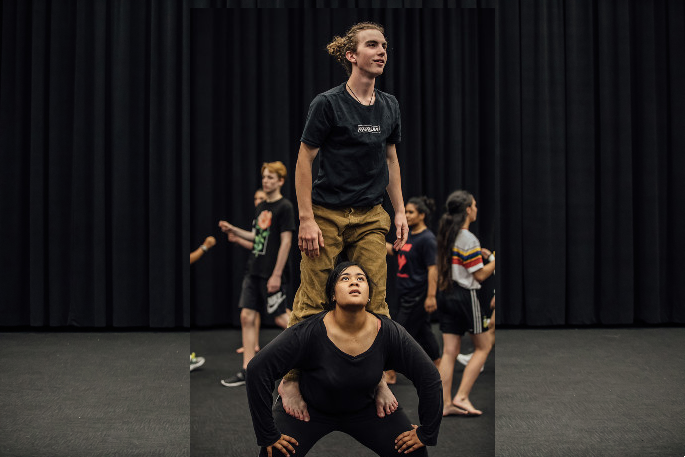 Baycourt manager James Wilson, explains that it is Massive’s approach to using personal stories and experiences that made him want to bring the company to Tauranga.

“This workshop is part of our ‘Made in Tauranga’ series, which is all about creating work that tells the stories of Tauranga Moana,” says James. “This workshop is a fantastic opportunity for young people who are keen to bring their stories and perspectives to the stage- a chance to train alongside professional performers, and to develop skills for creating theatre that will give you an edge, whether that is creating devised performance at NCEA level, or making your own theatre.”

Demand is set to be high for the workshop, so James recommends registering early to guarantee a place.

“The workshop is limited to 30 participants, so get in quick before Christmas and book yourself a place on a workshop that is guaranteed to start your 2021 on a high.”

Registrations are now open for anyone aged 15-25 years old, to take part in a 4-day workshop, running from January 26 – 29, at Baycourt Community and Arts Centre, in Tauranga city centre. The workshop will run from 9am – 4pm each day, with an informal showing for friends and whanau at the end of the workshop, on Friday January 19. No previous experience is needed - just bring your energy, ideas and passion for performing arts.