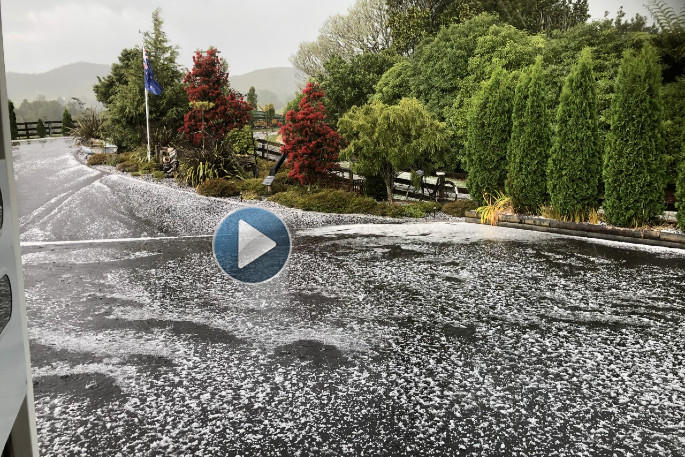 Ski Wisnesky and his partner Gloria Wilson were at home in upper Ohauiti when their property became covered in small balls of ice.

“I was standing inside my shed when the hailstorm started,” says Ski. “It was quite noisy and lasted about 20 minutes.”

The property is about 12km up Ohauiti Rd overlooking Tauranga. 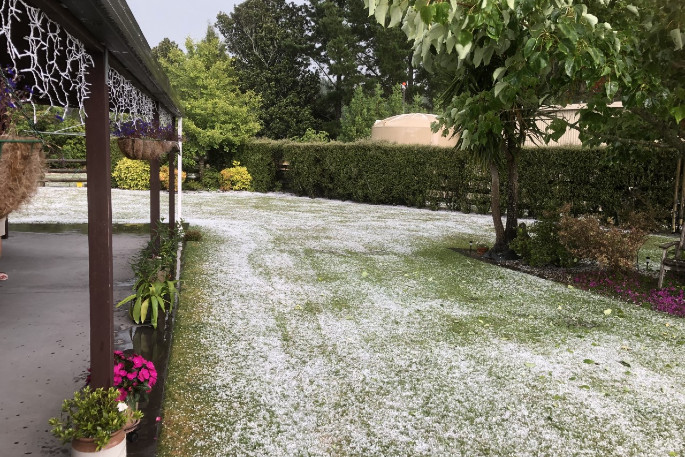 The MetService had forecast earlier that showers may develop during the afternoon with some heavy with thunderstorms and hail.

The hail started to fall on the driveway and lawn of the Ohauiti property about 2.20pm.

“It’s now over as fast as it arrived,” says Ski about 20 minutes later.  He captured some photos before the hail melted away.

Any SunLive readers who also experienced the hailstorm are invited to send in their photos to newsroom@thesun.co.nz