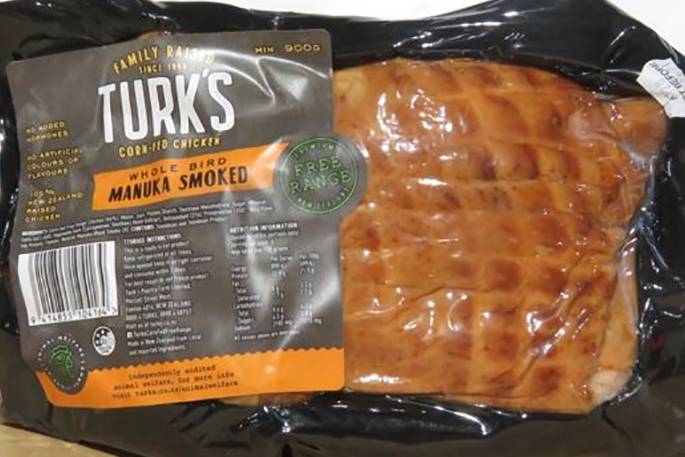 A recall has been issued for a batch of Turk's Poultry Farm whole bird manuka smoked chicken.

The Ministry for Primary Industries says some chickens in batch 6728 may be undercooked, and the product should not be eaten.

There have been no reports of illness.

However, the ministry says people who have eaten the chicken and have health concerns, should seek medical advice.

The chicken was only sold at supermarkets in the North Island, and customers should return the product for a full refund.

The affected product is sold at the following North Island supermarkets:

Customers are asked to check the batch and date mark on the product.

Affected product should not be consumed. There have been no reports of associated illness, however if you have consumed any this product and have any concerns about your health, seek medical advice.

Customers should return the product(s) to their retailer for a full refund.

If you have questions, contact Turk's Poultry Farm Ltd: